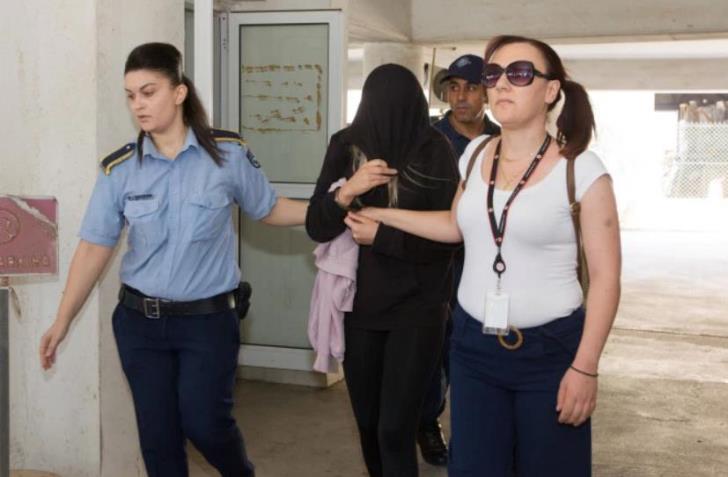 A 19 year old British woman who has pleaded not guilty to making a false rape allegation suffered a panic attack in court on Wednesday on hearing the trial would continue on October 15, 16 and 17, philenews reports.

The site said the young woman, who appeared before Famagusta district court where she faces a charge of causing public mischief,  started trembling and broke into tears.

Earlier, her lawyers told the British media that the woman has been diagnosed with post-traumatic stress disorder.

The 19-year-old was said to be very ‘vulnerable’ ahead of a court hearing that could see her jailed for up to a year if found guilty of making up a claim that she had been gang raped by 12 Israeli youths, the Daily Mail reported.

Ritsa Pekri, one of the defence lawyers, told the court that the young woman was seeing a psychiatrist and her family faced financial problems.

She asked that the woman be allowed to return to the UK on the same bail conditions set by the court in late August.

The prosecution objected and the court rejected the request. But it agreed that the woman report to a police station in Nicosia only once and not three times a week.

The 19 year old had first told police she had been gang raped by 12 Israeli youths at an Ayia Napa hotel. Police said she later retracted her statement and the court released the Israelis who flew back home.

But her defence lawyers say the woman did not lie about being raped and that the retraction statement was taken under duress.

She arrived at Famagusta District Court today for the start of her trial accompanied by mother and her legal team, Lewis Power QC and barrister Michael Polak.

Polak said told MailOnline that she in a fragile state and has been diagnosed with PTSD by a UK specialist.

While on bail and prohibited from leaving the island the woman has been assigned a psychologist to help her cope, the newspaper added.

According to the Daily Mail, lawyers plan to tell the court that police in Cyprus carried out a flawed investigation into the alleged rape and were under pressure to wrap up the investigation amid fears it would damage the tourist industry.

The woman’s family has launched a fundraising campaign and brought in Justice Abroad to help handle the case.

By In Cyprus
Previous article
Three arrests for burglaries in Nicosia
Next article
95 octane petrol and diesel prices up 8.7 cent and 5.5 cent per litre since January