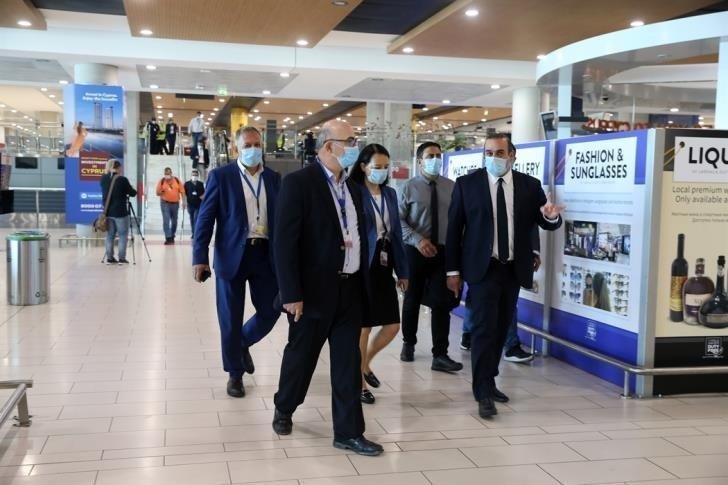 The Council of Ministers on Wednesday approved a €6.3 m incentives scheme to boost Cyprus’ air connectivity in the wake of the lifting of restrictions to contain the spread of coronavirus.

The scheme will apply for six months and aims to encourage airlines to put Cyprus on their schedules by undertaking part of the risk, Transport Minister Yiannis Karousos said.

The incentives will be offered to airlines based on their load factor.  Airlines will be subsidized only if they have a load factor of at least 40% and the calculation will be made based on the number of passengers between 40% and 70% of their capacity.

“This is an important incentive as it will support the immediate connectivity of our country abroad. It will also help tourism. It will be an additional incentive for airlines which take on the risk to carry out flights to Cyprus in the next six months,” he said.

The scheme has been approved by the state aid commissioner and is open to airlines carrying out flights on the approved list of countries.

Karousos said some 20 airlines have already notified authorities that they have put Cyprus on their schedules and this number is expected to rise to 40 within the next few days and will rise again from mid-July.

Companies are restoring the geographical coverage of their flights, albeit at a lower frequency than before the coronavirus crisis, he added.

He also expressed satisfaction with the reopening yesterday of the airports. Protocols had been adhered to and all had gone smoothly.

The first 10 days will operate as a pilot stage with more passengers expected after June 20 when arrivals from 13 countries will not require proof they have tested negative for coronavirus, the minister added.

By In Cyprus
Previous articleWidespread mask-wearing could prevent COVID-19 second waves-study
Next articleSlovakia to allow travel from 16 more countries, including Cyprus