Greek “hero of Aegean” who saved thousands of refugees, dies at 44 (documentary) 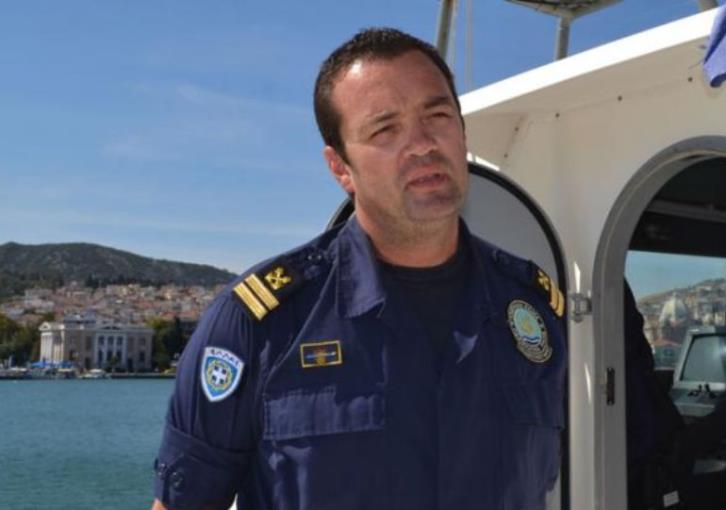 Greeks mourned on Wednesday “the hero of the Aegean” who is credited with having rescued more than 5,000 refugees fleeing in small rubber boats across the sea at the height of Europe’s migrant crisis in 2015.

Papadopoulos steered his patrol vessel out to sea during the crisis, pulling to safety refugees, including women and children, who were attempting the short but dangerous sea crossing from Turkey to Greece.

Born and raised on the island of Lesbos, Papadopoulos “showed Europe what the values of humanity, solidarity, equality and peace mean to Greece”, Greek Maritime Minister Fotis Kouvelis said.

“He showed and highlighted the value of human life.”

The mayor of Lesbos, Spyros Galinos, wrote on Twitter: “As of today, Lesbos is poorer.”

Barely four miles (six km) from Turkey, Lesbos has a history of taking in Greek refugees who fled Turkey in the 1920s.

In 2015, Lesbos was the preferred entry point into the European Union for nearly one million people, mostly Syrians fleeing civil war. On some days, as many as 3,000 people arrived on its shores, crammed in dinghies unable to hold their weight.

The coast guard, aided by fishermen, managed to help thousands ashore. In Greek media, Papadopoulos was feted as “the hero of the Aegean” or “the guardian angel of refugees.”

“When I look into their eyes, I see their memories of war. They come from war. They escape the bombs that fall on their homes,” he said.

Papadopoulos is survived by his wife and two daughters.