Spokesman comments on US congressional report on Cyprus 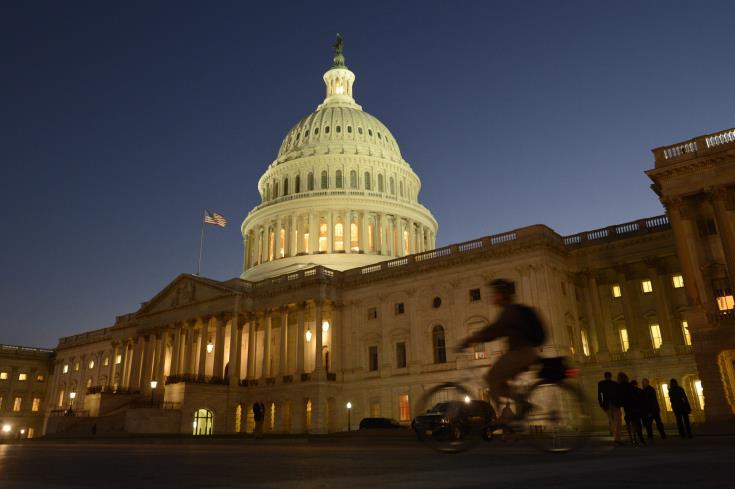 President of Cyprus` proposal to decentralize institutions and some responsibilities from the central federal government to the federal constituent states aims to improve the functioning of the federal political system, Government Spokesman Prodromos Prodromou has told CNA when asked to comment on the US Congressional Research Service report on Cyprus by analyst Vincent Moreli.

Noting that the report is an analysis with assessments of a research service and does not reflect political positions, he said that the document will be studied.

Commenting on a reference in the report that President Anastasiades suggested holding “a conference in Cyprus to discuss the various parameters of either a loose federation or perhaps a confederation” Prodromou said that this is not accurate.

“The President did not make such a suggestion», he stressed.

`The President does not refer to a `loose federation` but rather to the need for a decentralization with the aim to enhance the functioning of the federation` Prodromou said.

The Government Spokesman said that the President of the Republic seeks to clarify differences between federation – which is being sought in accordance with UN decisions and resolutions – and a confederation, noting that

a confederation presupposes the existence of two separate states that come into some kind of international cooperation and therefore this is not something that the Greek Cypriot side could agree with.

He said that these are important issues that need to be clarified particularly in view of statements made by the Turkish side that  there will be” two founding states of the federation” which, as he stressed, falls outside the federal framework provided by the agreements and the UN.

Concluding, Prodromou said that “it is interesting that the Congressional Research Service`s analysis suggests that emphasis should be placed on the convergences that have been achieved so far.”

According to the  Congressional Research Service – CRS analyst, the long-sought bizonal, bicommunal, federal solution for the island remains elusive and new options have begun to surface.

In fall 2018, as the report notes, the potential for new negotiations, and perhaps a new framework, began to arise.

`Although Akinci initially did not appear to embrace Ankara’s suggestion to shift to a looser confederation or two-state approach, he has spoken to other options. Anastasiades surprised many by publicly suggesting consideration of an undefined, “loose” federation in which the two constituent states that would emerge under such a federation would have more powers than what had been discussed previously`.

The report claims that Anastasiades also `has suggested holding a conference in Cyprus to discuss the various parameters of either a loose federation or perhaps a confederation`.

The report says that observers note that both sides should emphasize the convergences achieved thus far and begin to test the waters of public opinion on a settlement. If troop levels and security guarantees continue to dominate the discussion, both sides will have little room for a potential solution, it further notes.

According to the report, the United States continues to affirm its long-standing interest in a just, lasting settlement of the Cyprus issue, in part because of the growing prospects that the Eastern Mediterranean, including a united Cyprus, can play an important role in contributing to regional stability and because of potential energy development in the region.

It is added that the Administration and Congress also have expressed support for the Republic’s right to explore for energy resources in its territorial waters free from provocations by Turkey. The U.S. position could be tested later in 2018 as Exxon-Mobil prepares to explore for new gas reserves off the coast of Cyprus. Assistant Secretary of State for Europe and Eurasia Wess Mitchell, who has expressed the U.S. view on several occasions, appears to be planning a visit to Cyprus before the end of October, it is said in the report.

In Congress, recent legislation introduced in both the House and the Senate has called for the United States to lift restrictions on arms sales to Cyprus, the report concludes.