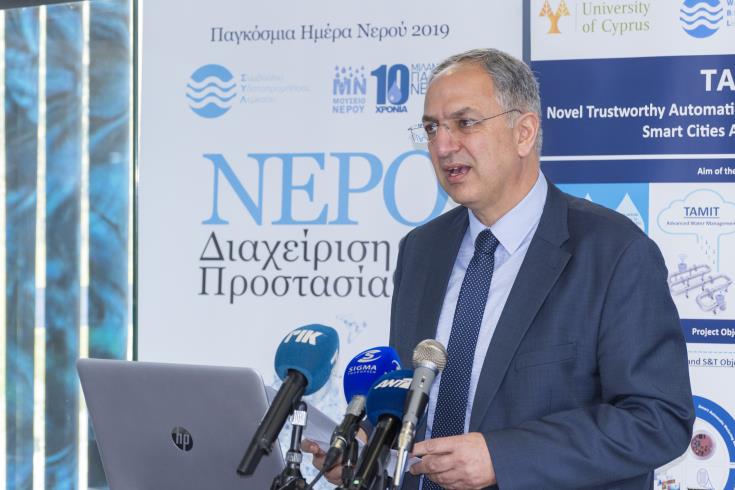 Agriculture Minister Costas Kadis said on Friday that the situation as regards the private Ha Potami dam was being monitored and that there was no reason for concern.

Last night, police said it was on standby after being informed by the Water Development Department that the dam may overflow. It said in such a case, this would affect traffic on the Paphos-Limassol highway as well as the old Paphos-Limassol road.

Police said they would remain on scene and close off the roads if necessary. The public was urged to avoid the area and drivers called to comply with police instructions. In case of need, the public should call police on 199 and 112, they added.

Speaking in Limassol on Friday on the sidelines of an event to mark World Water Day, the minister said the situation was under control and was being monitored.

He said that strict instructions have been given to the company managing the dam.

“They have hired a qualified engineer who has drawn up a plan of action to manage the situation and as far as I am aware, some immediate measures were taken to ease the situation,” he said.

“There does not currently appear to be a problem,” he added.

But the minister said that government departments and police are on standby.