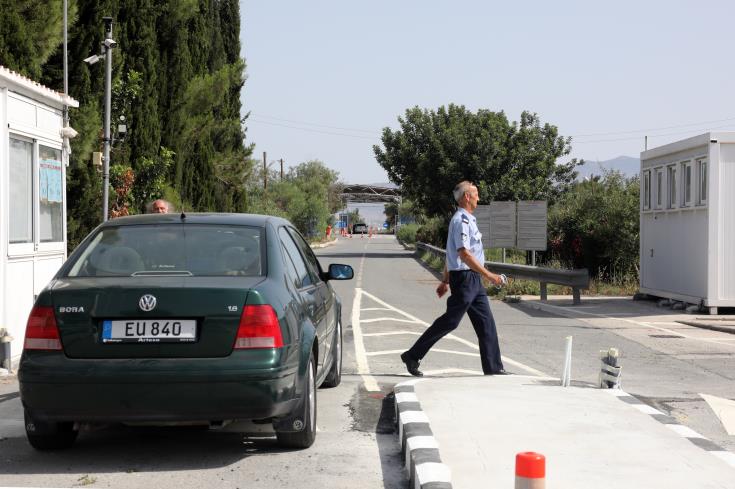 The Cyprus government has made the necessary representations to the United Nations with regard to the policy of the Turkish Cypriot puppet regime in the Turkish occupied part of Cyprus on the crossing points issue, the CNA reports.

Director of the President’s Press Office, Victoras Papadopoulos told CNA that representations were specifically made about the Pyrgos-Limnitis crossing point, on the western end of the island, which the puppet regime keeps closed, noting that this issue has humanitarian aspects and concerns Greek Cypriots that need to be facilitated in order to travel to Nicosia.

He added that “we are also in contact with Turkish Cypriot leader Mustafa Akinc’s office,” and “we are waiting for their responses today,” adding that President Nicos Anastasiades will make his decisions depending on those responses.

According to the police, a total of 444 people crossed to the free areas and 44 to the occupied areas through the Ayios Dhometios and Ledra Palace checkpoints in Nicosia by noon on Tuesday.

The Republic of Cyprus put into effect on Sunday a decision taken last Friday to reopen the crossing points, except the one at Ledra street, for Cypriot citizens and all those who legally reside in the Republic. Those passing through are required to present a certificate saying that they tested negative to Covid-19, that is no older than 72 hours prior to their crossing. However, the following groups only need to show such a test result the first time they cross. Random checks will be held in other instances.

e) Cypriot citizens who live in the occupied areas and receive medical treatment at the Bank of Cyprus Oncology Centre, CING and at public and private hospitals in the government-controlled areas. A medical certificate from the doctor or medical institution must be submitted with full name.

Late on Sunday, the Turkish Cypriot puppet regime announced it would open five of the nine checkpoints – Astromeritis, Ayios Dhometios, Pergamos, Strovilia and Ledra Street – to Greek Cypriots and permanent residents of the Republic who wish to cross, requiring a one-off negative Covid-19 test.

The PCR test is provided free of charge by the “government” for six categories who can cross freely as of June 22: Turkish-Cypriots working in the free areas, pupils and students, patients, Greek-Cypriots and Maronites living in the occupied areas (enclaved) and Turkish-Cypriot Pyla residents.

For the remaining Turkish-Cypriots who wish to cross to the free areas they can take the test for the price of 40 Euros (300 TRY) at the Nicosia General Hospital lab.

Those crossing to the occupied areas through the checkpoints will not go into quarantine unless they have travelled abroad in the last 14 days.

As per a “council of ministers” decision on June 11, high risk countries for which a negative PCR test is required are the USA, Russia, Brazil, the UK and Iran.

By Josephine Koumettou
Previous articlePubs, restaurants and hotels to reopen as England eases social distancing
Next articleCommittee set up for special permits for entry to Republic