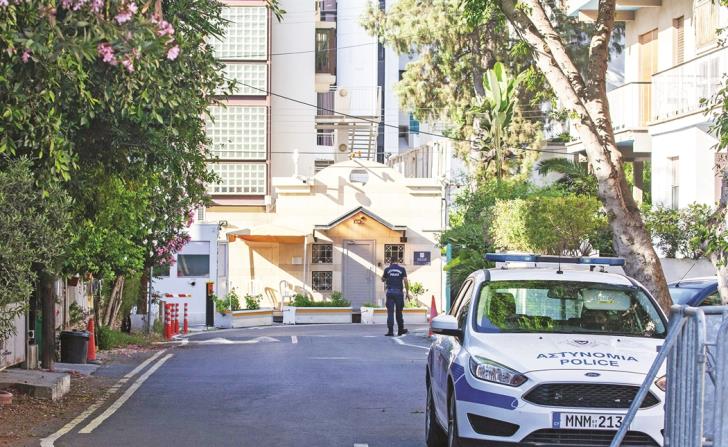 With the fresh flare-up of Israeli-Palestinian violence residents near the Israeli embassy in Nicosia are again demanding the immediate removal of the diplomatic mission to a non-residential area.

Residents have been feeling insecure since the day the Israeli chancery and residence was allowed to be built in a dead-end spot of the densely-populated area back in the 1970s, Philenews reported on Tuesday citing concerned residents.

They wonder if, without their permission, act as a human shield against any attack by Israel’s enemies, one also said.

Strong concern has been raised throughout the years but nothing changed and residents are in systematic fear of a possible terrorist attack on the embassy but also report that their daily life has been also affected.

Because their movement is monitored constantly by Israeli embassy security members. And not only when they move around in nearby public space but also within their own homes and yards, Philenews was told.

Unforgettable is the bloody incident in 1988 when a failed terrorist attack was carried out i the area with two people losing their lives and 18 wounded.

At the time, a car full of explosives sparked chaos on busy Griva Dighenis Avenue, parallel to the Pediaios river and the Israeli embassy.

The car had previously attempted to park outside the embassy but was stopped by guards guarding the area.