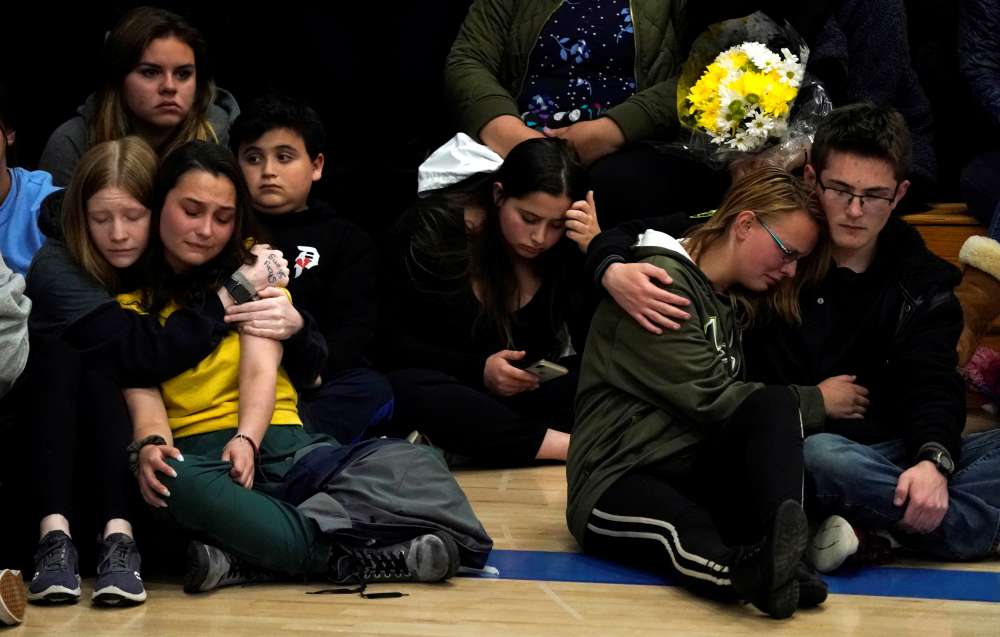 The two Colorado teenagers accused of opening fire with handguns at their Denver-area charter school this week, killing one classmate and wounding eight others, were due to return to court on Friday for the formal filing of charges.

Devon Erickson, 18, and Alec McKinney, 16, who was listed on the court docket by the name Maya Elizabeth McKinney but who identifies as male, were both arrested on suspicion of a single count of first-degree murder and 29 counts of attempted murder immediately after Tuesday’s shooting.

District Attorney George Brauchler told reporters following those proceedings that he will inform the court on Friday whether he will charge McKinney as an adult or juvenile.

If a juvenile is charged as an adult under Colorado law, the defense can still request that the case be transferred to juvenile court. If the defense invokes that right, a lengthy process ensues to determine how the case will proceed, according to Bob Grant, a former Colorado district attorney.

The two teens are accused of opening fire on fellow students on Tuesday inside two separate classrooms at the Science, Technology, Engineering and Math (STEM) charter school in Highlands Ranch, about 25 miles south of Denver.

They were arrested by police after several students under fire at the school fought back, including a young U.S. Marine recruit, Brendan Bialy, 18, who survived, and 18-year-old robotics enthusiast Kendrick Ray Castillo, who was killed.

The attack occurred less than a month after the 20th anniversary of the Columbine High School massacre in nearby Littleton, carried out by two students who shot 13 people to death before committing suicide.

Precisely what happened inside the STEM school remained unclear as police continued to search for a motive in Tuesday’s attack.

ABC News, citing an unnamed law enforcement official familiar with the investigation, reported that an armed security guard at the school may have mistakenly fired on sheriff’s deputies called to the scene and wounded a student in the pandemonium of Tuesday’s shooting.

A sheriff’s office spokeswoman, Deputy Cocha Heyden, said she was not at liberty to comment because “it’s still an open and active investigation.”

Denver’s ABC affiliate television station has reported that the two pistols used in the attack were stolen from the home of Erickson, whose parents had purchased the guns legally.

The arrest warrant affidavits and related documents in the case were ordered by the judge to remain sealed until at least Friday.

By In Cyprus
Previous article
U.S. B-52 bombers reach Middle East in message to Iran
Next article
International Museum Day – “The war’s forgotten”