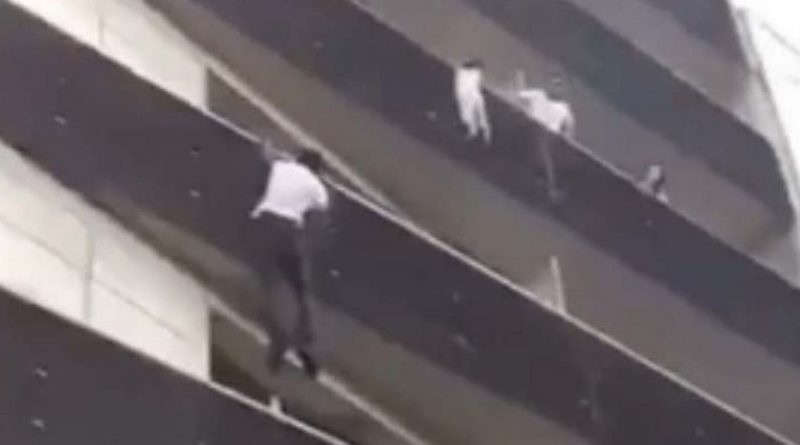 A man who climbed four storeys to save a young boy dangling off a balcony has been hailed a hero after vision of his heroic feat went viral.

Mamoudou Gassama was filmed scaling a building in Paris to rescue the four-year-old, and has been dubbed a real life Spider Man.

Vision of the rescue was posted to Facebook by Habib Bibou on Saturday, which had been viewed more than 6.6 million times by Monday morning.

Gassama could have been badly hurt if he fell, but told Le Parisienhe had to act.