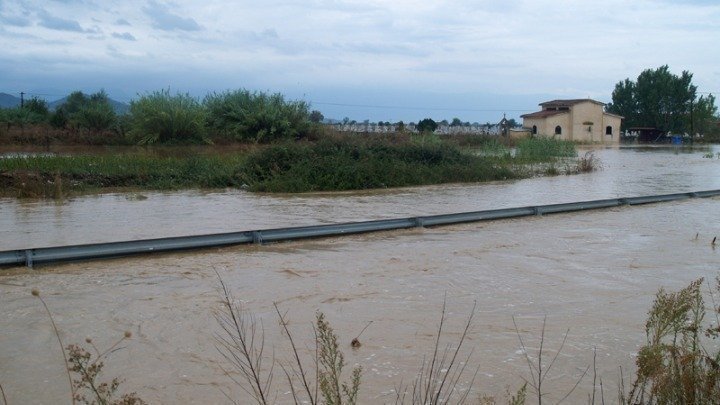 Three dead people, a missing woman and extensive destruction is the legacy of Medicane “Ianos” in its sweep from the Ionian Islands through central Greece this weekend.

The casualties included an older woman pulled out of her house in Farsala, a farmer of Albanian descent, 63, and an older man whose roof collapsed in Kastania.

Another woman, 43, from Mouzaki is being sought, after trying to escape the floods with her car which was found yesterday.

In addition, shepherds in Makrihori do not wish to be relocated, and local authorities will attempt to supply them with basic needs.

Ianos landed on the Ionian Islands on Thursday night, taking power out and causing extensive damage before moving east to the Peloponnese and central Greece, then to Crete.

Central city of Karditsa reported mudflows in stores and homes and partly wrecked buildings in the centre, while towns around the agriculturally important region reported flooding, some at danger levels.

Damage to crops is expected to be extensive, as farmers had not collected their produce.

The Fire Brigade, meanwhile, reported a total of 2,450 calls for help or pumping out of water as of the evening of September 17, especially in the areas of south Ionian, western Greece, Central Greece, the Peloponnese and Thessaly.

Some calls for aid are ongoing.

By In Cyprus
Previous articleExhumations and identifications of missing persons’ remains extremely low in 2020
Next articleBritain is at COVID-19 tipping point, health minister says