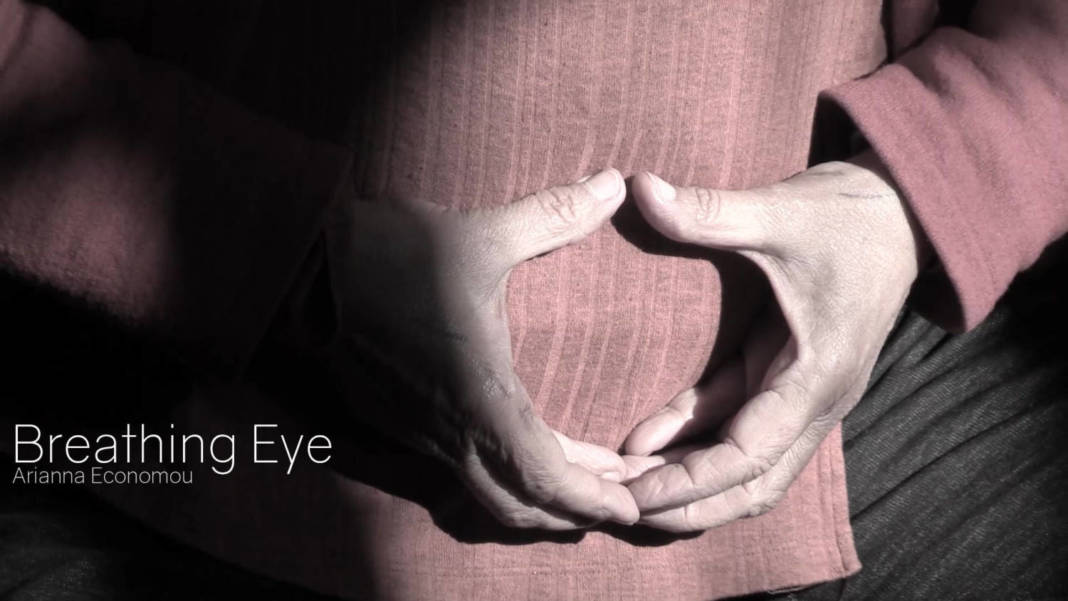 Arianna Economou presents a new solo performance titled ‘Breathing Eye’ that consists of a combination of movement, soundscape and video. ‘Breathing Eye’ probes the relations and boundaries between movement – senses, self – other, memory – present moment. Having the principle of George Berkeley, used by Samuel Beckett at the beginning of the short film FILM (1965), “esse est percipi” (To be means to be perceived) as a starting point, Economou perceives the only script written by Becket and more precisely the character of ‘O’, as another body, and explores a choreographic approximation of him. This becomes the fundamental theme of the work. Moments, conditions and images from FILM are translated into her own narrative structures and rhythms, whilst autobiographical elements and the playing up of other archetypical characters.

FILM’s protagonist is an older man, who feels threatened by a mechanical eye which records and multiplies everything, thereby developing a very high level of self-consciousness, entering a “staring contest” with everything that is around him and perceives him. “It’s a movie about the perceiving eye, about the perceived and the perceiver – two aspects of the same man. The perceiver desires like mad to perceive and the perceived tries desperately to hide. Then, in the end, one wins.”, explained the director Alan Schneider.

Examining with a critical mood that “in the end, one wins”, Economou along with the team started the development of the work, that focused on the exploring the relationships between the dancing body with the senses, as well us with the ways in which moments from Becket’s work can be embodied and attributed through another sound and visual language.

The first presentation of the work will take place at ‘rehearsal’ in Kaimakli, aiming to underline the site-specific elements that contributed to its development. A second series of performances will take place at Dance House Lefkosia, whilst during the same period a short documentation film will be shown, directed by Justyna Ataman

Corner of 67 B Vassileos Pavlou and Achilleos, Kaimakli, Nicosia 1021, at rehearsal (former studio of Arianna Economou)

Limited number of seats, prebooking is necessary at [email protected]