Saudi Arabia eliminated but not embarrassed vs Uruguay 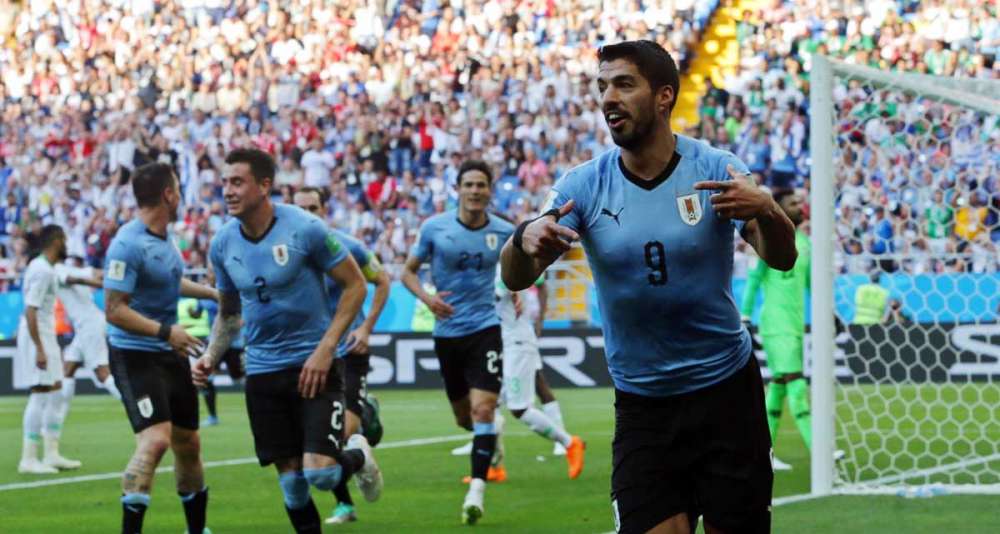 Saudi Arabia avoided another embarrassing shellacking but lost to Uruguay, 1-0, Wednesday in Rostov, Russia. The result eliminated both Saudi Arabia and Egypt from the World Cup.

The Saudis had been whipped, 5-0, by host Russia in their opener but started more brightly here.

But in the 23rd minute, a Uruguay corner from Carlos Sanchez sailed into the area, Saudi keeper Mohammed Al Owais missed it and it came right to Luis Suarez. He was not as well marked as he should have been, and he tapped it into the corner of the net fairly easily.

The goal took some of the fizz out of the game. The Saudis lacked the talent to create many chances and Uruguay lacked the urgency. The result was some unappealing soccer.

Saudi Arabia will now turn to its final game against Egypt, another pointless team, to salvage something from this Cup.

Uruguay and Russia each have 6 points and will meet to determine the group winner Monday. With just a pair of 1-0 wins over weakish opposition, Uruguay, the group favorite, may face a challenging opponent in the host nation, which has eight goals already.