One magic Ronaldo moment is all Portugal needs Vs Morocco 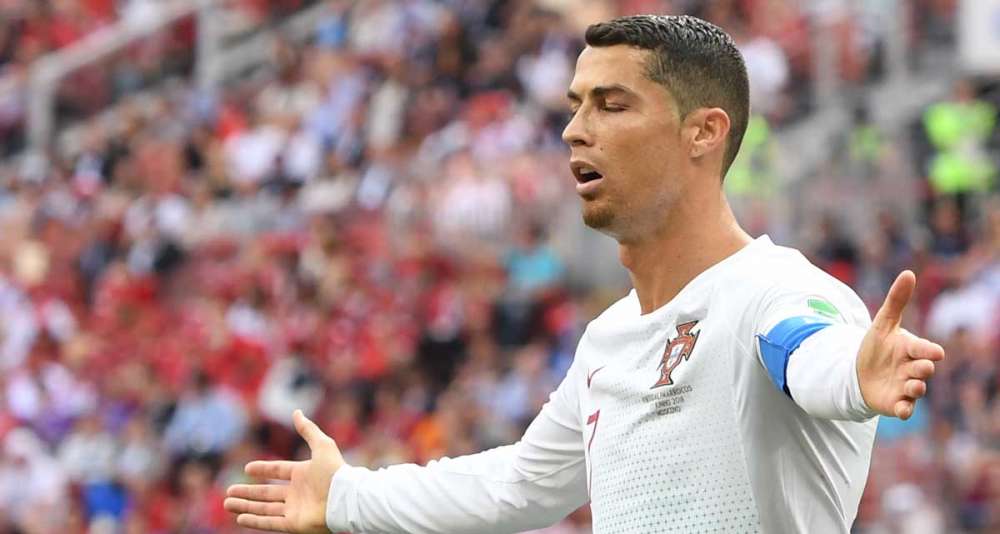 At age 33, Cristiano Ronaldo doesn’t so much run anymore as he threatens to run. Let the other players sprint and chase all game, he signals with his exquisite lack of industriousness. I will wait here, or maybe just over there, until it is time to do the scoring.

Ronaldo mostly has jogged at this World Cup. More often, he has walked. It is not that he cannot run, or doesn’t want to; he is just in no hurry until he has to be. A good striker only needs to be in the right place once or twice a game to be world class, after all, and no one in the world spots those one or two places better than Ronaldo, who ran his World Cup scoring lead to four goals in the blink of an eye Wednesday afternoon.

Ronaldo’s goal came early — a fourth-minute header after Morocco inexplicably lost track of him on a corner kick — but it was enough for a 1-0 victory that put Portugal on the verge of the knockout stage. It also made Morocco, now last in Group B, the first team eliminated from the World Cup.

Portugal’s performance bore no resemblance to the master class that Ronaldo and his teammates turned in against Spain in their opener Friday, a thrilling 3-3 tie in which Ronaldo scored three times. Wednesday’s game had neither the same tension nor the same skill. “There was no intensity,” Portugal’s coach Fernando Santos admitted afterward.

But the match did have Ronaldo. And for him, the goal, and the result, were more than enough.

Defeat seemed harsh for Morocco, which was better than Portugal in the second half, creating a half-dozen excellent chances that might have produced a tying goal, and because only the day’s schedule sent them out of the World Cup before Saudi Arabia, which has not played nearly as well and was set to face Uruguay in the day’s second game.

But Ronaldo’s score also was the worst possible start for the Moroccans, who dropped their opening game against Iran on a 95th-minute goal and promptly fell behind Portugal after only four minutes.

Portugal had won a corner kick and Ronaldo casually jogged into the center of the penalty area to receive it. Everyone knew the cross would come to him, no one more than Morocco’s Manuel Da Costa, who accepted the challenge of staying between Ronaldo and the ball.

Except that Da Costa did not. A shift of the hips and a half-dozen quick strides by Ronaldo — speed he now reserves for only the most appetizing moments — and he was free. The ball arrived on his forehead and just like that was redirected into the net. Portugal led. Ronaldo preened. And four minutes into their second game of the World Cup, Morocco wondered if it might be on its way out.

Ronaldo mostly stalked the rest of the match — a threatening presence more than a particularly active one — while Morocco banged away without success at the other end.

“We should have been much more effective,” Morocco coach Hervé Renard said. “Just like in our opening game, we had lots of scoring opportunities. But those who know how to be in the penalty area and are the most gifted players know how to make a difference.”

Portugal will have to be better than it was if it is to challenge in the later rounds here, Santos said: more disciplined, more creative, more willing to impose itself on teams rather than wait to counterattack. “We played well,” he said, “but I think we need more than that.”