Is the World Cup for nationalists or citizens of the world? 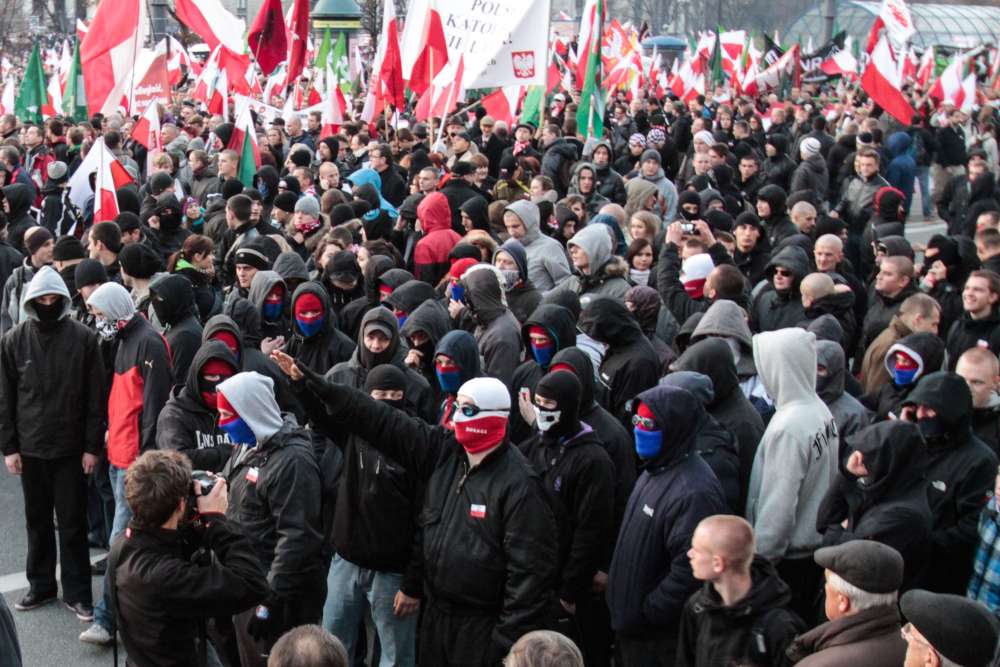 In both soccer and life, you can be a proud representative of your home country while being incurably global. In June of 1930, a coup d’ état in Romania brought to power the quixotic King Carol II. He swiftly turned his sights on the very first World Cup, set to take place just more than a month later in Uruguay. The soccer competition was a chance to show to the world a new Romania under his rule, while kindling in Romanians a sense of their global prowess. King Carol pushed a very late bid for his country’s entry into the tournament and encouraged his country’s football association to cobble together a squad.

This was not a simple task. Long before today’s millionaire soccer stars, many footballers worried that it would not be worth it — literally — to play in the World Cup. The rigors of transcontinental travel required them to spend three months abroad, an awkward interruption in the lives of men who often worked in factories or oil refineries and feared, with good reason, that representing Romania in Uruguay would cost them their jobs. So King Carol issued a royal decree guaranteeing that all players selected for the national team would be given time off by their employers and have their positions restored upon their return. By force of the king’s will, a mostly urban team was plucked from the industrial centers of Bucharest and Timisoara and bundled off to Genoa, Italy, where they boarded an ocean liner and sailed three weeks across the Atlantic to compete in Montevideo.

Times have changed. None of the teams in this year’s World Cup in Russia will prepare by jogging between decks on a ship. Nor will the very wealthy professionals representing their countries fret about missing shifts on the assembly line. King Carol’s enthusiasm, however, for the potential national glories of the World Cup remains palpable in both big and small footballing countries. When Panama qualified for the first time last year (at the expense of the United States), the country erupted in festivities and its president declared a national holiday. Four-time champion Italy failed to qualify after having been at every tournament for the past 60 years, only deepening the mood of gloom and frustration in the country that would in March elections jettison establishment parties.

Though much enlarged, the World Cup is still at its core what it was in King Carol’s day: a pageant of nation-states. The tournament was conceived in an early-20th-century Europe when nations (including Romania) were emerging from the wreckage of foundering empires, when Woodrow Wilson’s gospel of national self-determination spread far and wide, and when new forms of media, including radio, expanded the reach of the sport. Along with a flag and an anthem, a soccer team gave a country a tangible form, tracing the contours of a people in the collective striving on the field. The memorable stories of each World Cup are often ones of national apotheosis and national calamity.

But if soccer helped give nations meaning, so too has it transcended them in tapping the globalizing currents of more recent times. The 21st-century World Cup is something of a paradox. The success of this festival of nations relies a great deal on energies that cross borders and remove people from their national roots. It suggests that there is actually a false dichotomy between “globalism” and “nativism.” In both soccer and life, it is perfectly possible to be a proud representative of your nation while being helplessly, incurably global.

Take, for instance, the players who will compete in Russia this year. In early iterations of the World Cup, national teams tended to draw their players from within their own borders. A journey to the World Cup was in all respects a journey. With scattered exceptions, players crossed from the familiar to the unfamiliar, coming to strange places, facing unknown players and encountering different styles and tactics of play. The tournament served as a meeting ground of distant peoples and cultures.

That is no longer the case. For one, the average footballer at the World Cup is already a globe-trotter. According to the CIES Football Observatory, 65% of the players selected for this year’s World Cup play professionally for clubs outside their home countries. Unsurprisingly, many of these athletes ply their trade in the wealthiest and most influential domestic competitions of Western Europe: the English Premier League, Spain’s La Liga, Germany’s Bundesliga and Italy’s Serie A. But they also came from leagues in places as disparate as Mexico, Turkey and China.

Stereotypes abound in the description of the sport, as if the tendencies of a football team might express the soul of a nation — the robust efficiency of the Germans, for instance, or the swaying samba of the Brazilians. But as domestic leagues grow more diverse and players gain exposure abroad, the notion that particular countries have indigenous styles of play becomes more difficult to sustain.

England won the World Cup in 1966 on home soil by playing a brand of direct football, privileging courage and work ethic over skill and guile. But that stereotypical “English football” now can be difficult to find in England, where the top Premier League clubs are managed by a cosmopolitan array of foreign coaches and where the rosters brim with foreign players. What is true of soccer at the club level is also apparent at the international level. A Portuguese coach manages the Iranian national team, an Argentine the Egyptian team, a Dutchman the Australian team.

The tournament is not so much an exhibition of different national identities as it is a reminder of how casually ideas and tactical fashions in football cross borders. Though soccer spread globally before anyone used the word “globalization,” it is so much easier in the age of YouTube highlights and viral GIFs on Twitter to study and, more important, love how others play.

Many national teams today reflect decades of migration, the way diaspora has distended the nation. Four out of five African sides, for example, have stocked their rosters with players born in Western European countries like France, Belgium and the Netherlands, where they benefited from better resources and training. More than 60% of the Moroccan team was born outside of Morocco, and some of those players are more comfortable speaking French, Flemish or Dutch than Moroccan Arabic. At the same time, European national teams embody the changing demographics of their countries. Nearly a third of Portugal’s and Switzerland’s squads, for example, were born elsewhere.

The greatest transformation, however, is the way the tournament has become a televised global spectacle, an eventuality King Carol could not have conceived of in 1930. Though the World Cup takes place in a different country every four years, it is experienced everywhere, watched in 2014 by more than 3 billion people (if FIFA’s figures are to be believed). More than half of the nearly $5 billion in revenue generated by the 2014 World Cup came from the sale of TV rights. Hundreds of millions of people watched every match, a prospect a long way removed from the first TV transmission of the tournament in 1954, when one semifinal was dropped from the European feed in favor of an agricultural fair in Copenhagen.

Interest in the tournament often has little to do with following your national team. Many World Cup spectators hail from countries that are rarely (if ever) involved. In 2014, nearly a quarter-billion people watched in China, 103 million in Indonesia, 85 million in India. For the doyens of the international game, these populations are lucrative markets for licensing and commercial revenue. But their love for a tournament where they are not represented points to something else altogether. I’m always amazed at how whole streets of Kolkata, India, for instance, become festooned with the colors of beloved South American sides Argentina and Brazil. The World Cup isn’t just a crucible for nation-making, for nations to live out collective dreams and tragedies. It offers a universal theater, turning national identities into signs of longing for the wider world.

(Kanishk Tharoor is the author of “Swimmer Among the Stars,” a short story collection, and the presenter of the BBC radio series “Museum of Lost Objects.”)