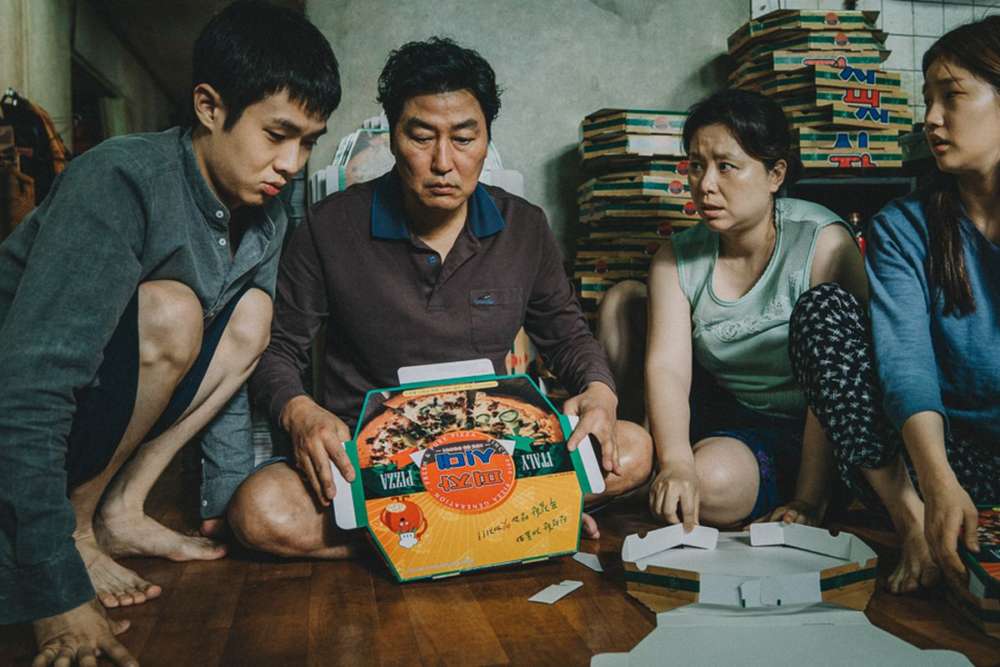 The Ki family is struggling to make ends meet, living in a cramped semi-basement apartment, in a busy lower working class commercial district of Seoul. The young son, Ki Woo, dreams of escaping poverty and one day going to university. By sheer luck, a lucrative business proposition brings him a step closer to that dream, when his friend Min, tells him to take over his private tutoring job for the teenage daughter of a wealthy family.

Now, the stage seems set for an unceasing “winner takes all” class war, as the Ki family take peculiar interest in the glamorous lifestyle of the Parks and in an insidiously subtle scheme, they begin ingratiating themselves into their lives.

Runtime: 132 minutes
Subtitles: Both Greek and English on screen

Bong Joon Ho’s ‘Parasite’ has marked history for Korean cinema and has garnered widespread critical acclaim, as well as numerous awards and nominations. It became the first foreign-language film to win an Oscar for Best Picture at the 92nd Academy Awards, where it also won Best Director for Bong Joon Ho, Best Original Screenplay, and Best International Feature Film. It also became the first Korean film to win the Palme d’Or (unanimously so). In addition, ‘Parasite’ was nominated for four categories at the 73rd British Academy Film Awards, where it won Best Film Not in the English Language and Best Original Screenplay. It became the first non-English film to win the Screen Actors Guild Award for Outstanding Performance by a Cast in a Motion Picture.

Cinema release of the award-winning Cypriot documentary “The Stray Story: A dogumentary”