Caroline Martin, a lawyer and representative of the German government against the Greek claim for war reparations for the period of the Nazi occupation, visits Greece and meets Nikolas Andreou, one of the last survivors of the Kalavritos Massacre of 1943. He narrates the events of the past, the two of them will confront their personal prejudices and beliefs in a painful confrontation that will bring them closer. This purifying journey through a dark chapter of history will lead to the recognition of a mutual need: the search for hope.

A fictional drama inspired by true events, the “Massacre of Kalavryta” committed by invading German troops in December 1943. When the Greek government launches a multi-billion legal claim for war reparations, Caroline Martin, a high-flying lawyer representing the German government visits Kalavryta to investigate. An unexpected encounter with the last survivor of the tragedy, Nikolaos Andreou, leads them both down a dark chapter of history as the traumatic past comes to light once again, its painful echoes stronger than ever.

In early December 1943, the German Army’s 117th Jäger Division began a mission named Unternehmen Kalavryta (Operation Kalavryta), intending to encircle Greek Resistance guerilla fighters in the mountainous area surrounding Kalavryta. During the operation, 78 German soldiers, who had been taken prisoner by the guerrillas in October, were executed by their captors. In response, the commander of the German division, General Karl von Le Suire personally ordered the “severest measures” — the killing of the male population of Kalavryta — on 10 December 1943.

Operation Kalavryta was mounted from six cities: Patras, Aigion, and Corinth on the Gulf of Corinth and from Argos, Pyrgos and Tripolis in central Peloponnese. All “Battle-Groups” were aimed at Kalavryta, although the divisions from Pyrgos, Argos, and Corinth returned to their bases soon after.

Wehrmacht troops burnt villages and monasteries and shot civilians on their way. The Germans reached Kalavryta on December 9. In the early morning of December 13, 1943 the Germans rounded up all residents of the town and forced them into the school building where they separated the older boys and men from the women and children. They moved the men to a field owned by Thanasis Kappis, a school teacher, just overlooking the town.
After looting the town and setting it ablaze, the Germans machine-gunned the men. 438 men and older boys were killed. There were only 13 male survivors, saved because they were hidden under the bodies of the dead.

Austrian soldiers were part of the contingent. The next call of order was to lock rounded up women and children into a primary school. After doing so the Germans set the school on fire. There was one Austrian man who disobeyed orders and opened doors to the blazing school, knowing he would sacrifice his life, for women and children to escape. He was later executed for his acts of treason, but the victims escaped. 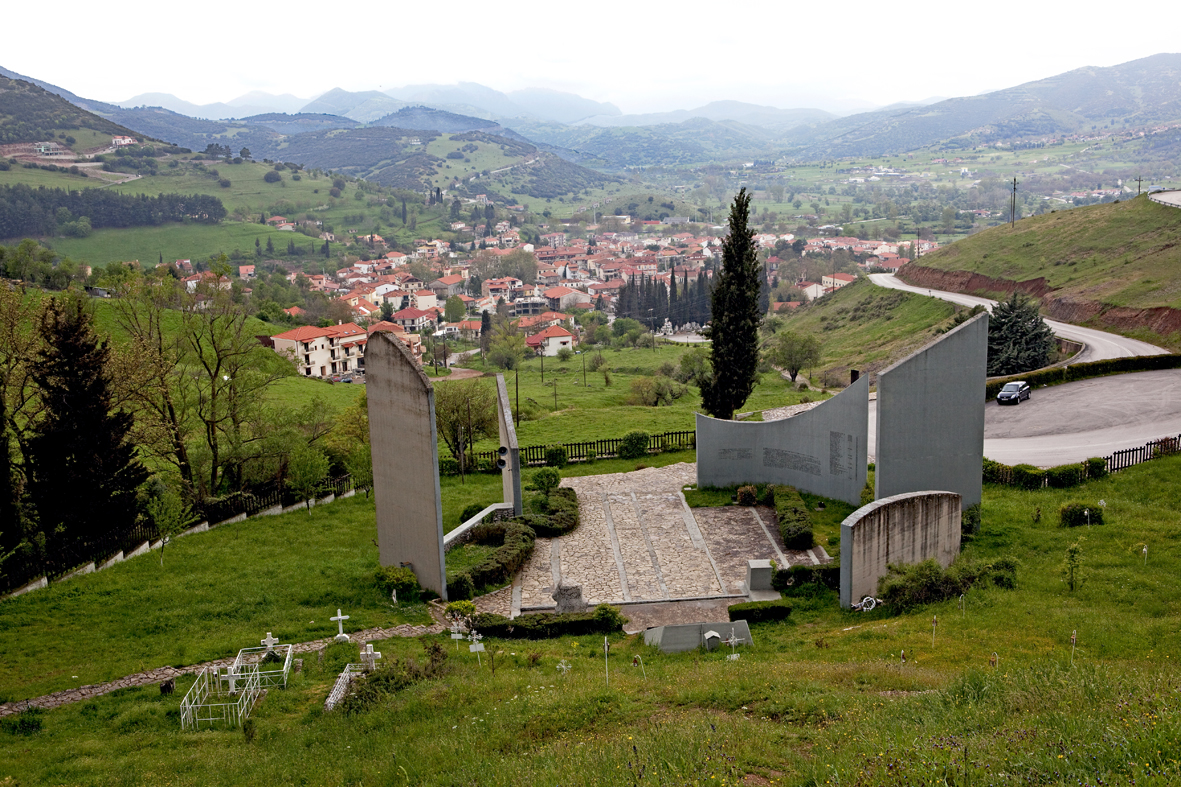 The following day the Nazi troops burned down the Agia Lavra monastery, a landmark of the Greek War of Independence.

In total, 693 civilians were killed during the reprisals of Operation Kalavryta. Twenty-eight communities—towns, villages, monasteries and settlements—were destroyed. In Kalavryta itself about 1,000 houses were looted and burned, and more than 2,000 livestock seized by the Germans.

Today the Place of Sacrifice is kept as a memorial site, and the events are commemorated every December. On 18 April 2000, then-President of the Federal Republic of Germany, Johannes Rau, visited Kalavryta and expressed shame and sorrow for the tragedy.