“Clementine” at Pantheon on October 24-26 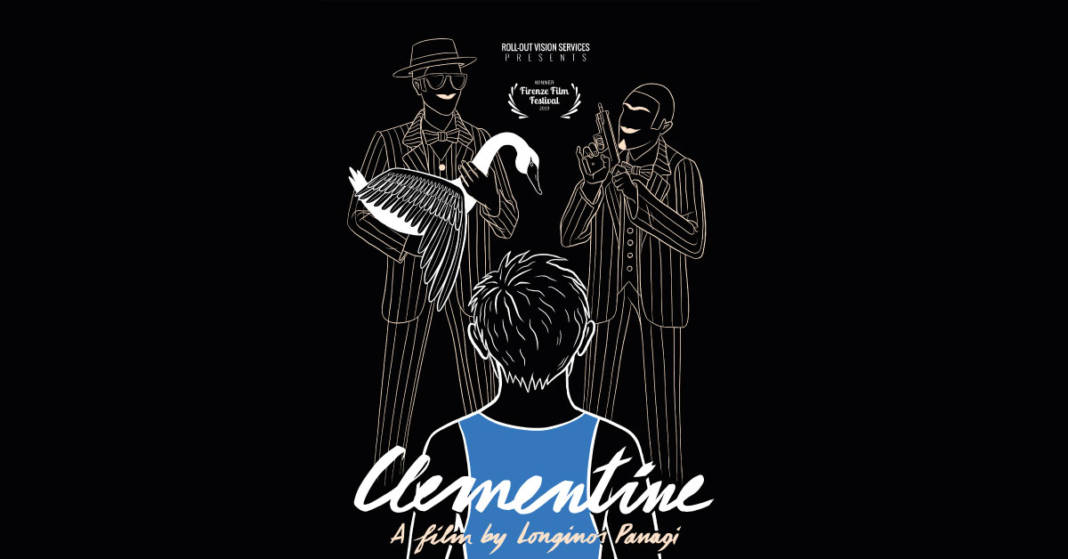 During the seventies, in an «unspecified» Mediterranean island, a lonely boy comes across two peculiar men in striped costumes. Soon, the boy realizes that life also has two faces. It can be both an ugly war and a beautiful girl called Clementine.

The film is a cinematic comment on how my own generation has witnessed the trauma of war. While we were very small children at that time, we took over the burden of the tragedy, we grew up with false feelings of guilt that did not let us blossom. The idea we have about the events is the result of two kinds of storytelling, typified by the older generation. What did really happen? Who is to blame? How did it all begin? No one really knows, or he is not willing to tell us. The narration of the events has took place by some unknown “Men in Striped Costumes” who make sure that we are still bound into a past we have barely lived. Life is like a broken tape, a record that keeps turning back in the year 1974…

You can hardly tell all these in a realistic way without becoming didactic, occupied by your own ideologies. So, I have chosen to tell this story in a parabolic way, handling the freedom to the viewer, in order to put the missing pieces together. The story maintains a character beyond the specific place and time. Is the time the seventies? Is the place Cyprus? Beyond the sets and the costumes, there are some “alternative” clues: Marlon Brando’s motorcycle, Mastroianni’s sunglasses, a poster from Antonioni’s “Blow-up”, an album cover from the Doors, another poster of David Bowie. All these create a parallel place and time. They are the worlds of music and cinema of an era, where some of the characters dissolve, in order to escape from their little lives on the island. On top of that, a performance of Shakespeare’s “Othello”, with an old, funny “Iago” in the place of the main hero.

The unlucky victim, Desdemona, has the face of a mysterious Countess. The only thing we know about her is that she is married to a German Count and that she has a beautiful, little daughter, Clementine. The name is taken from the old traditional song «My darlin’ Clementine», turned into a western by John Ford and revived as a late anthem of Cyprus’ war for independence from the British. Everything is like a game of cards in the hands of the Men in Striped Costumes. But do they really exist?