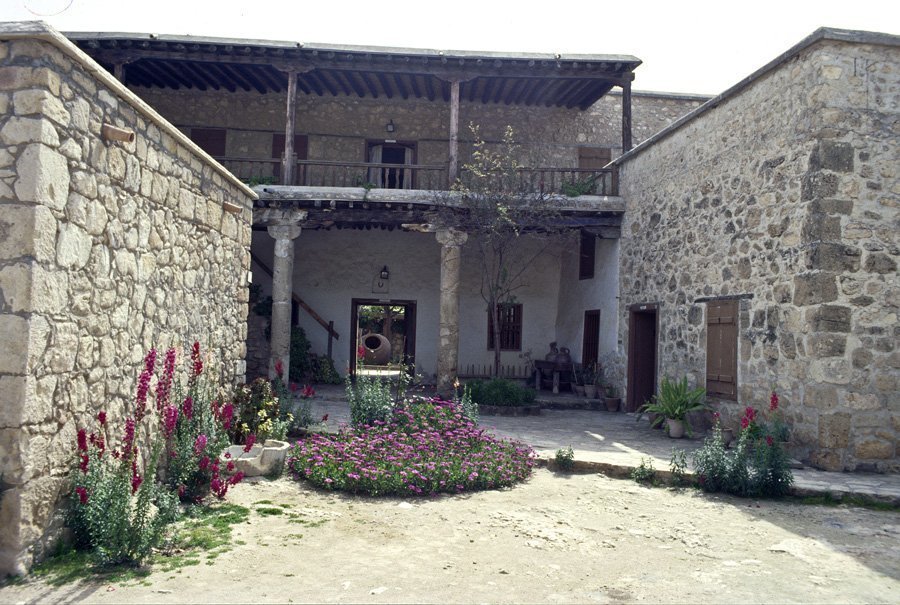 The Local Ethnographic Museum of Geroskipou belongs to the Department of Antiquities of Cyprus and is housed in a traditional 18th century building, known as the “House of Hadjismith”. This building belonged to Andreas Zimboulakis, a rich and educated man who was appointed British Consular Agent for western Cyprus and was responsible for the provisioning of the British troops. The name Hadjismith derives both from Zimboulakis’ close relations with the British Admiral sir Sidney Smith and to the fact that a member of this family had made a pilgrimage to the Holy Land (“hadji” means a pilgrim).

The “House of Hadjismith” is a grand house by the standards of its time and was originally part of a larger complex of buildings. It is listed as an Ancient Monument and has been restored by the Department of Antiquities. It has been an ethnographic Museum since 1978 and it contains a large and diverse collection of exhibits originating from all over Cyprus and representing the daily life, the various crafts and activities and the different expressions of Cypriot folk art during the 19th and early 20th centuries.