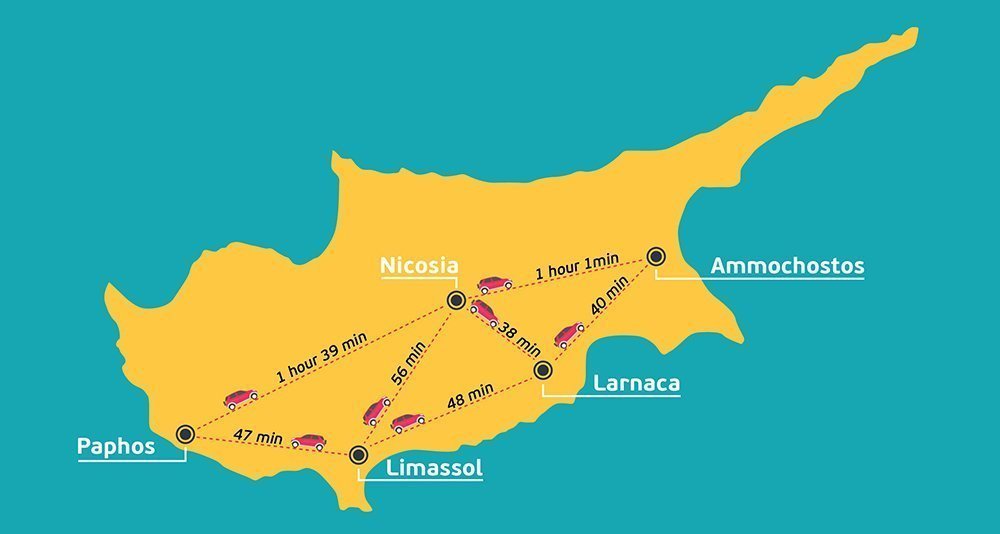 The Republic of Cyprus is the sole sovereign authority under International Law with exclusive jurisdiction to determine which of its airports on its territory are open and functioning.

Visitors arriving in Cyprus by air, may enter the Republic of Cyprus only through the International Airports of Larnaka and Pafos. Entry via any other airport is illegal. The operation of airports built in the areas of Cyprus which are under Turkish military occupation since 1974, has never been authorised by the Government of the Republic of Cyprus.

These airports are, consequently, illegal points of entry into the Republic of Cyprus. The Republic of Cyprus maintains the right to impose penalties on those who violate the law by using illegal airports. The penalties are very strict and provide for imprisonment for no more than twelve months, or payment of a fine for no more than €1,700, or both.

The so-called ‘Ercan’ airport is not recognized by ICAO, which is the highest international authority on legal issues relating to civil aviation in general. ICAO’s policy on matters relating to Cyprus is in conformity with that of the United Nations and the international community. Consequently, ICAO recognizes only the Republic of Cyprus and its Government as the sole representative of the whole island.

It should also be stressed that according to the ICAO decision of 1974, 1975 and 1977, a country not exercising temporarily effective control over its territory by reason of military occupation, does not lose its sovereign rights over such territory and the airspace above it.

Furthermore, Turkey, in violation of the Chigaco Convention on the International Civil Aviation, the constitutional instrument of ICAO, and its Annexes, to which 188 countries, including the Republic of Cyprus and Turkey are States-Parties to, and following a number of illegal acts after the Turkish invasion, proclaimed the establishment of ‘Ercan advisory service’ which lies in the northern part of Nicosia FIR. At this airport the entry, clearance, immigration, customs, quarantine regulations, aviation security and conditions for passengers, mail and cargo, as required by the Republic of Cyprus are not observed. Hence, the security and safety of passengers and cargo is not guaranteed.