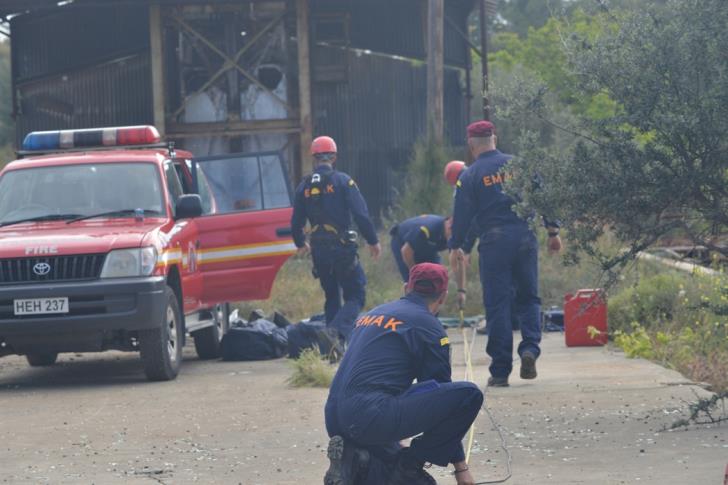 Police on Saturday found the body of a woman in a Mitsero mine shaft, while searching for the six year old daughter of a Filipino woman who was found dead in the same location on April 14.

Authorities said that the second body was found naked and in an advanced state of decomposition, as the first body.

Police said that their priority is determining the identity of the second woman. It is believed that it belongs to an adult woman.

Nicosia CID head Neophytos Shiailos said that they are looking into the possibility that more bodies could be in the mine shaft.

A 35 year old Greek Cypriot National Guard officer is currently in custody and is said to have admitted to strangling the 38 year old woman and throwing her body in the mine shaft.

Search in Mitsero and Xyliatos to resume on Sunday

Police and the fire service will continue their search tomorrow in the Mitsero mine.

Police said that the number of statements taken from the family, friends and co-workers of the suspect and the victims will exceed 100.

The 33 year old former boyfriend of the woman was also released earlier in the week without charges.

How the case unfolded

On Sunday April 14, two German tourists who were taking pictures of the mine, spotted the body of the 38 year old woman and contacted authorities.

The woman and her six year old daughter were reported missing in 2018.

The victims’ house mate had told police that the victim had been picked up by a friend who she had met online on the Badoo website and had the profile name of “Orestis 35”, late on May 4, 2018.

Her daughter was with her at the time because “Orestis” had insisted the child come along to play with his two children. According to the friend, the victim and “Orestis” were in a relationship. She never saw her friend again.

Police initially arrested a 33 year old man from Romania, a former boyfriend of the woman, but released him later without charges.

On April 18, they arrested two Greek Cypriot men, a 35 year old and a 30 year old, in connection with the case.

The police investigator told the court that police investigations through Google, Facebook and Cablenet had turned up a Facebook profile “Orestis Apoel”, with the IP address of the 35 year old. The account was deleted on April 14 — the day the body was discovered.

Police who searched the 35 year old’s house found blue rope similar to that used to tie up the victim, a number of SIM cards, mobile phones, cameras, a laptop and hard disks.

The police investigator added that as he was trying to be arrested, the the suspect tried to swallow a SIM card.

The 30 year old was released on Saturday without charges, as the 35 year old is said to have admitted to committing the murder.

Silent vigil for victim and daughter to take place on Sunday

The Federation of Filipino Organisations in Cyprus (FFOC) is organising a silent vigil prayer in memory of the 38 year old woman.