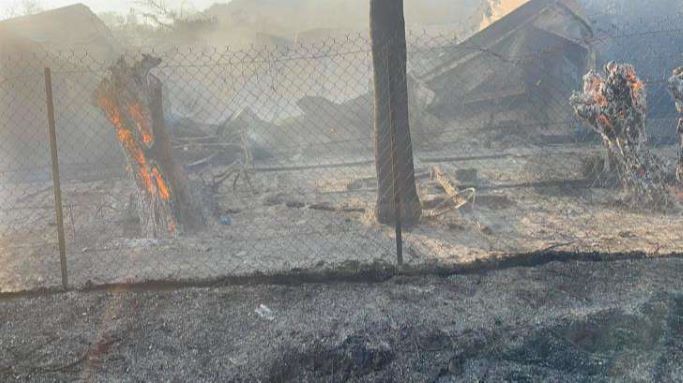 It is a tragedy that the country has not witnessed since the Turkish invasion of 1974, said President Anastasiades at the Vavatsinia fire fighting effort coordination centre, following a situation briefing by officials.

It is one of the most destructive fires in the history of Cyprus, he added, ‘and unfortunately it has taken lives’.

He further stressed that the relevant services will begin recording the damage caused by the blaze as soon as it is safe to do so.

President Anastasiades expressed his deepest gratitude on the effective response of services, local authorities and individuals, in dealing with one of the most destructive fires that has now spread across 55 square kilometers.

Temperatures and winds are hampering fire fighting efforts, he said, noting that across the communities affected fire service units remain. ‘We are doing everything possible and we will support those effected, including the families of the victims’.