US Defence Secretary to meet with Cypriot Defence Minister in September 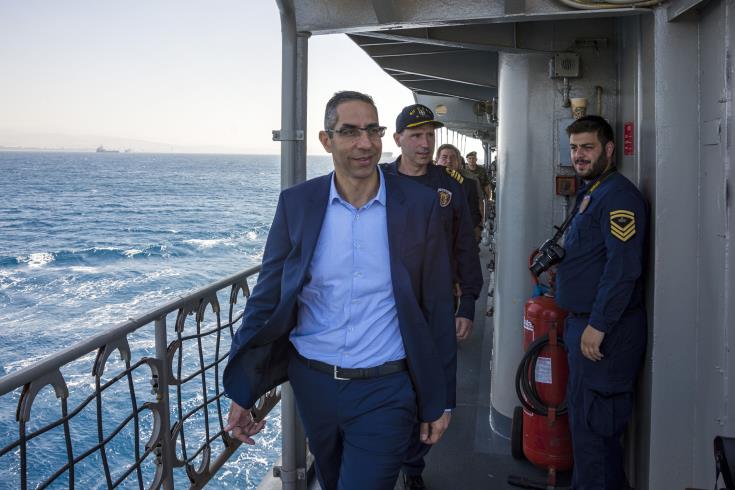 US Secretary of Defence James Mattis will meet before the end of the month with the Cypriot Minister of Defence Savvas Angelides, according to Greek American weekly newspaper Greek News, which was quoting a statement by Republican Congressman Dan Donovan, last Friday.

Donovan was addressing a group of Greek American supporters in Astoria. He is a very close ally of President Donald Trump, representing New York’s 11th Congressional District (Staten Island and Bay Ridge Brooklyn) at the US House of Representatives and is running for re-election in November.

Replying to a Greek News question, Donovan, who is a member of the House Foreign Affairs and Homeland Securities Committees, said that “General Mattis is going to meet with the Minister of Defence of Cyprus this month,” adding that “we have an embargo on Cyprus and now I suspect the Trump Administration is going to review that.”

The meeting, which is most likely to take place during a stop of General Mattis in Cyprus, has not been confirmed by the Cypriot Government. A Cyprus Government official told the Greek News that they did not have such information, although a meeting is expected take place on Monday between Minister of Defence Savvas Angelides and US Ambassador in Nicosia Kathleen Doherty. If a meeting between Angelides and Mattis occurs, it will be the first such meeting between a US Defence Secretary and a Cypriot Defence Minister.

On August 20, Chief of Staff for the US Army, General Mark A. Milley, met with National Guard Chief of Staff Lieutenant General Ilias Leontaris and US Ambassador Kathleen Doherty in Larnaca, in the presence of British High Commissioner Stephen Lillie. General Leontaris has been invited by the US Army Chief to visit the United States later this month to participate in a conference.

The Cypriot government is asking for a meeting with the Chief of the US Pentagon to reflect on the elevated status of their defence relationship. Diplomatic sources told the Greek News that when Cypriot Minister of Foreign Affairs Nicos Christodoulides visits Washington to meet with Secretary of State Mike Pompeo – most likely in late October or early November – there is a possibility to meet with Secretary Mattis as well.

Speaking to the Greek News, Donovan praised President Trump’s foreign policy, saying that one of the things about this President is “he doesn’t do things we have always done.”

“He wants to know why we do them. He is well aware of Cyprus’ generosity letting us use their airbase during our fight against terrorism, while the Turks are prohibiting us doing so,“ Donovan noted.

Donovan told the Greek News that the supporters of Greece and Cyprus are going to be very pleased with the results of the Trump Administration.

“We review foreign policy throughout the world, but particularly in the Mediterranean, where we need such vital assets to fight terrorism. Cyprus has already shown us the willingness to help us by allowing us to use its airfields,“ he said.

Speaking about the National Defence Appropriations Act (NDAA), he said the NDAA which funds the military now prohibits the United States from selling F-35s to Turkey.

“The President has signed that and now it’s the law of the United States. The President has asked for a report that is due in November to see if that position should change at all. Again, it’s refreshing that he is looking on policies the United States has had in the past but he is not accepting the fact that it was done this way. He wants to know why and if we have to change our policy and our allegiance to various countries throughout the Globe, he is willing to do so,” Donovan said.