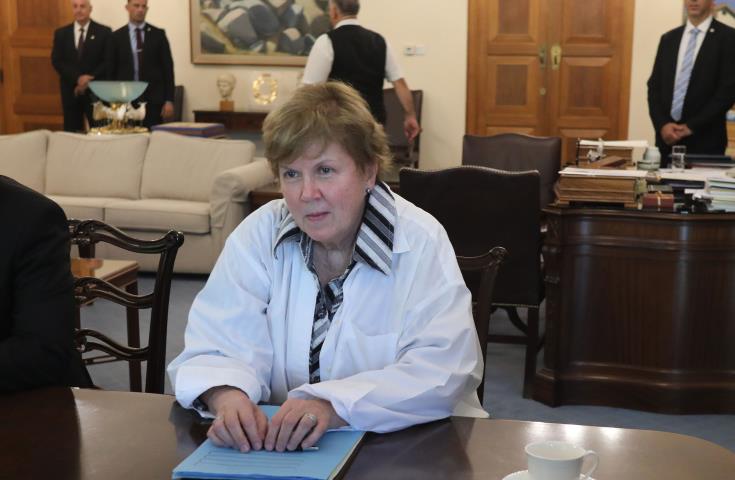 UN Secretary General`s Envoy on Cyprus Jane Hall Lute on Saturday arrives on the island to meet with President Nicos Anastasiades and Turkish Cypriot leader Ersin Tatar ahead of an informal UN-brokered summit in Geneva on April 27-29.

Her meeting with the Cyprus President is on Sunday morning and that with Tatar at 14:30 in the breakaway north.

Lute will try to secure the two sides’ consent that in the informal meeting in Geneva they will agree on a text that will safeguard the resumption of reunification talks.

Cyprus is divided since a 1974 invasion by Turkey which still maintain troops in the northern part on the EU-member island.

Anastasiades has repeatedly stressed that the Greek Cypriot side goes to the informal conference with determination and readiness to negotiate what is provided for in the UN resolutions and the decisions of the UN Security Council. And that the outcome depends on Turkey’s positions.

By Annie Charalambous
Previous article
Problems plaguing Astrazeneca and now Janssen do not affect Cyprus’ rollout programme
Next article
Some 4,000 Covid-19 vaccination appointments made within just an hour