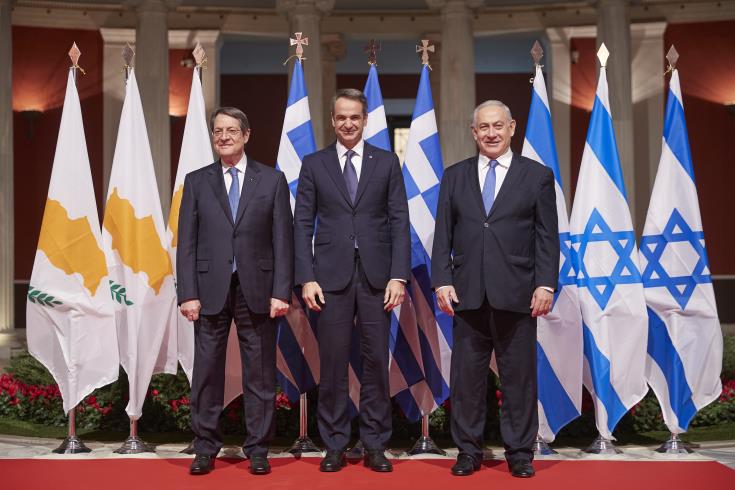 “The Turkish decision to deploy troops in Libya presents a dangerous threat to regional stability. This decision constitutes a gross violation of the United Nations Security Council Resolution 1970 (2011), imposing an arms embargo in Libya, and seriously undermines the international community’s efforts to find a peaceful, political solution to the Libyan conflict. It marks a dangerous escalation of the conflict and a significant deterioration of the situation”, the statement says.

Μoreover, the three Heads of State call on Turkey not to violate the Libyan Political Agreement and related United Nations resolutions. “The repercussions of such a reckless move will be dire for the stability and peace of the entire region. Ankara should refrain from taking such action, which blatantly violates Libyan national sovereignty and independence”, the statement concludes.

By In Cyprus
Previous articleCaprice at Londa Boutique Hotel: incredible gourmet experience by the sea
Next articleHouse Speaker travels to Ottawa for 25th Conference of the Speakers and Presiding Officers of the Commonwealth