‘Troodos Cyprus Declaration’ to be approved on Friday at Omodos village 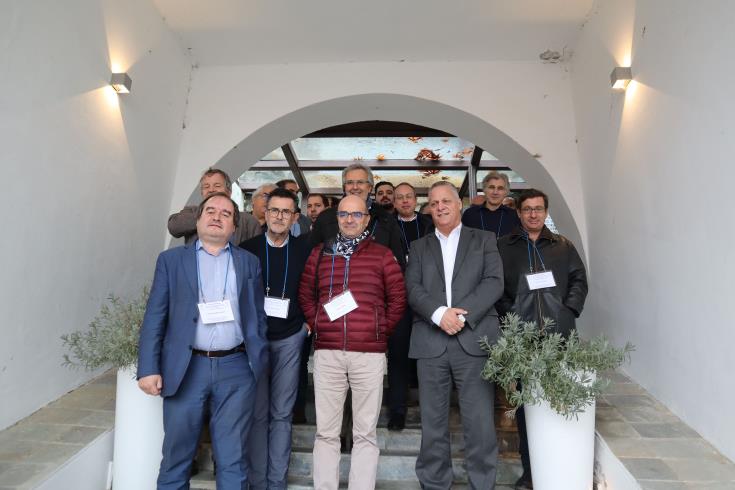 The three-day European conference ‘Mountain Areas of Large Mediterranean Islands: European Issues, National and Regional Policies and Local Mechanisms’ will conclude on Friday at Omodos village with the presentation and approval of “Troodos Cyprus Declaration”.

The conference is being organized by the Presidency of the Republic of Cyprus and the Office of the Mountain Development Commissioner.

This high-level conference brought together a range of local, regional, national and European Union administrators, along with academics, researchers and representatives of international institutions who gave their perspectives on approaches to policy in the mountainous areas of the Mediterranean and Europe.

The conclusions drawn from the Conference will be incorporated into the “Troodos Cyprus Declaration” a document to guide further debate and policy relating to Mediterranean mountain islands.

The Declaration, prepared by the Scientific Committee of the Court, will be a political and operational text highlighting the particular challenges facing the Mediterranean island regions and highlighting national and regional policies as well as local mechanisms with which the island-mountain areas agree.

According to a press release issued by the organizers, the coordinator of the Conference`s Scientific Committee, Professor Dimitris Goussios, stated that the Troodos Cyprus Declaration will highlight that the large Mediterranean islands’ mountain areas belong to the large European mountain areas family. “Coordinated actions should be put in place in order to valorise all the mechanisms and the accumulated knowledge elaborated in Europe to the benefit of all the islands’ mountain areas,” he said. “The importance of having strategies for each mountain region in order to coordinate the development actions and utilize the policies to be adopted will be noted.”

He added: “The Declaration will also highlight how important it is for the EU the fact that Cyprus has a National Strategy for its mountain regions. It prepares the ground for Cyprus becoming a member to international and European organisations having mountain areas policy and joining the European academic community too.”

Patricia Quillacq, of the United Nations` Mountain Partnerships division of the Food and Agriculture Organisation she said that the conference had succeeded in highlighting the strengths and challenges facing the Mediterranean`s mountainous islands. ” The European Conference hosted in Platres has been an example of the world the Mountain Partnership members envision: a world where collaboration, the exchange of experience and joint action is at its core,” she said. “It has been the opportunity to put the spotlight on Mediterranean Mountains”.

She added: “The Troodos-Cyprus declaration on sustainable mountain development represents the occasion for the Government of Cyprus to give a strong signal that Mountains will be from now on taken into account and integrated in national policies. Therefore the Cyprus Declaration shall recall the principles that have guided the adoption of the Cyprus mountain National Strategy”. It is the hope of the Mountain Partnership that Cyprus will soon join the larger UN family of mountain countries that actively make mountain policy present at the international agenda.

The second day of the European conference concluded today at the Cultural Centre of Platres village, in Cyprus’s Troodos Mountains.

Much of the day’s discussion focused on the impact of climate change on the Mediterranean region and its mountain islands.

Monia Santini, director at the Euro-Mediterranean Center on Climate Change, based in Italy, conducts climate modelling and warned of a range of threats likely to affect the Mediterranean islands. “The Mediterranean region has seen warming already and the trend will be to more dry conditions,” she said. “The highlands of the Mediterranean will experience increased heatwaves and drought according to our modelling”.

Using the experience of Sicily and Sardinia, Antonio Pollutri, from the World Wildlife Fund Italy, said the development and implementation of methods to protect soil and water resources were critical. “Climate change shows major challenges to protect human activity and ecosystems,” he said. “Meanwhile we have the human pressures on the environment that risk the loss of our environmental and cultural landscapes. There is a huge need for a regional Mediterranean system for the protection and improved management of our resources”.

Francois Lerin, a senior researcher at the French institute International Association for the Development of the Agro-Environment, told the conference a rebalancing away from intensive agriculture was necessary to provide solutions to expected, future environmental challenges. “The environment is a public good and climate change demands answers to how we address the interface between agriculture and the environment” he said.

The morning session of the Conference focused on developing local economies with recognition for their unique character.

Genevieve Teil, a researcher at AgroPariTech, in Paris, France, spoke about the importance of evolution in product labelling. “Quality signs are an alternative to the generalisation of products,” she said. “They allow us to form an identity and adapt to a constantly changing world”. Her discussion highlighted the importance of a Troodos product of origin labelling system, one of the initiatives covered by the Cypriot government’s Strategic Plan for the mountain areas.

By In Cyprus
Previous articleDemocrats’ bid for new Trump impeachment witnesses likely to fall short
Next articleCyprus: Turkish provocations in buffer zone must be addressed on basis of UNFICYP mandate