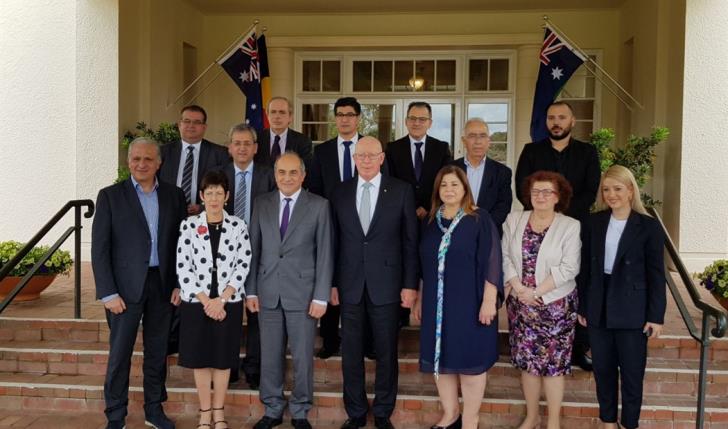 Taxpayers will cover the cost of nine MPs’ trip to Australia, including the President of the House Demetris Syllouris, estimated at around  €120,000-€150,000, Phileleftheros reports.

The full cost of the mission is much higher, but the remaining amount will be covered by the Australian House and Senate, whose invitation is behind the sizeable representation by the Cypriot parliament. Phileleftheros was told that the number of participants in the delegation is estimated at 16-18 people.

The hosting country will not cover the cost of the entire delegation’s accommodation, potentially due to its large number, therefore hotels will be paid for by the Cyprus parliament. Accommodation and other expenses will be initially paid by Cyprus’ embassy in Australia, and once the exact amount is clarified, a wire transfer will be executed by the Cypriot House.

Meanwhile, concerns have been voiced among the public in Cyprus on whether it was necessary for nine out of 56 MPs — that is one in six — to join this mission.

It’s also mentioned that at least the House director and all MPs are booked in business class, which costs €4,500-€5,500 per seat. Other costs to be covered by taxpayers include transportation on the ground — so that the consortium can attend federal and state meetings and other activities in Melbourne, Canberra and Sydney — transfers to and from airports as well as meals.

MPs are also entitled to an allowance transferred into their bank accounts a few days before their departure from Cyprus, which varies according to the scale of their pay. The allowance fluctuates depending on the living cost of the visiting country.

By Josephine Koumettou
Previous article
Man found dead at Potamia, foul play not suspected
Next article
Jail for man who defrauded individuals claiming to be adviser to president