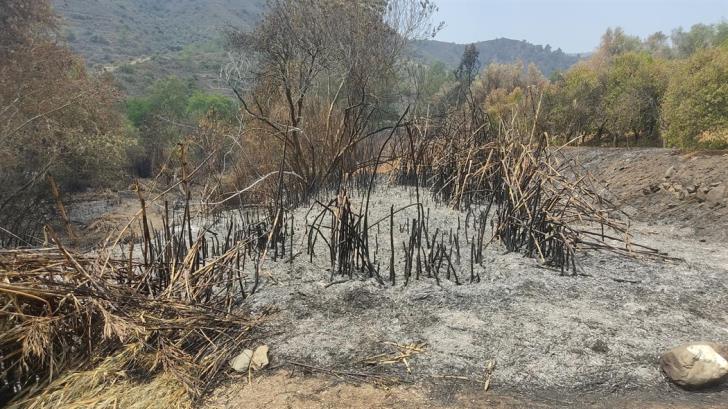 Efforts are intensifying as winds are set to pick up later in the day.

The fronts remaining are located at rough terrain between the communities of Vavatsinia and Odou.

According to the fire service, the burnt out area from the fire that broke out in Arakapas and spread to the villages of Eptagonia, Akapnou, Ora, Melini, Sykopetra, Odou, Ayioi Vavatsinias and Vavatsinia, now extends to more than 50 square kilometers.

Around two in the afternoon, a 2nd Greek fire fighting plane and two Israeli ones were expected.