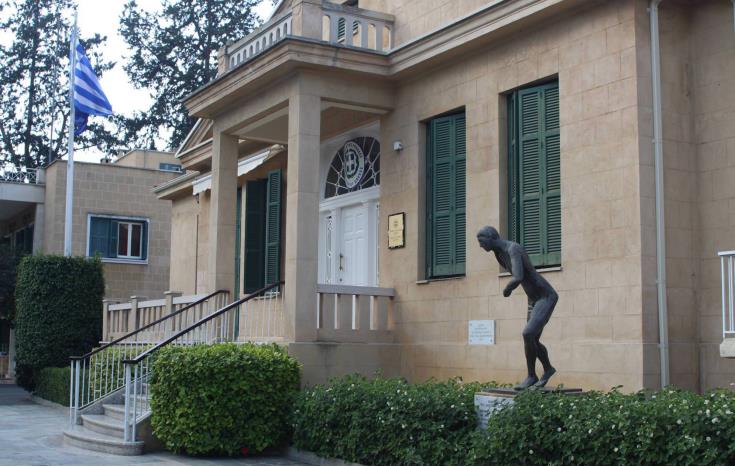 Theocharis Lalacos, who served until recently as Ambassador of Greece to the USA, will soon take over the reins of the Greek Embassy in Nicosia. The seasoned diplomat, with a career spanning over three decades, is an expert in Greek-Turkish relations and the Cyprus issue. He succeeds Ilias Fotopoulos, who concluded his term in Cyprus last October.

As CNA learns, Nicosia approved the request of the Greek government to appoint Lalacos, during a Cabinet meeting, on Monday. The Ambassador’s term is expected to start within February.

Lalacos’ appointment was published last week in the Greek government gazette, following a presidential decree issued on January 8, at the recommendation of the Greek Foreign Minister.

According to the Greek Foreign Ministry, Ambassador Lalacos joined the Greek diplomatic service in 1986. He studied History at Amherst College, Massachusetts and International Relations at the School of Advanced International Studies, The Johns Hopkins University.

In 2016 he was appointed in Washington as Ambassador of Greece, where he also served between 2000-2004 as Counselor for Political Affairs.

He served as Consul in Sydney and as Consul General in Alexandria, Egypt. Lalacos also served for two terms at the Greek Embassy in Ankara (between 1994-1998 and 2010-2013), among others as Charge d’ Affaires, where he delved into Greek-Turkish relations and the Cyprus issue.

By In Cyprus
Previous article
Porgy and Bess: the MET Live at Rialto
Next article
Poachers fined €1.3 million in 2.5 years