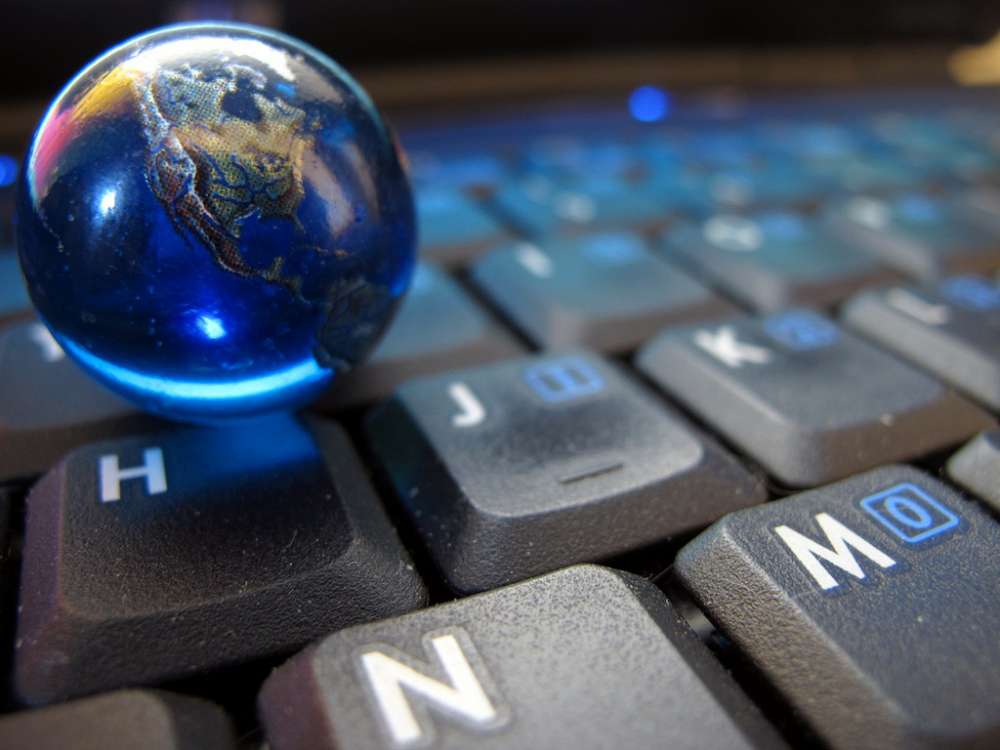 Three same letters of the English alphabet have changed the world in the past 30 years. Today we celebrate the anniversary of the invention of the world wide web, www, which now connects billions of people every day.

The Cyprus News Agency (CNA) has spoken with Dr Constantia Alexandrou, Professor and Director of the Computation-based Science and Technology Research Center (CaSToRC) of The Cyprus Institute, whose team also contributes to the work of CERN, the European Organization for Nuclear Research, where the world wide web was invented in 1989 by British scientist Tim Berners-Lee.

It is noted that former CERN Director Herwig Schopper, was founding member of the Cyprus Institute.

“www is an information system, where documents and other web resources are identified and interlinked by hypertext and are accessible via the internet. Tim Berners-Lee, a British scientist, invented the World Wide Web (WWW) in 1989, while working at CERN” she told CNA.

Alexandrou added that the web was originally conceived and developed to meet the demand for automated information-sharing between scientists in universities and institutes around the world, while in 1993, CERN put the World Wide Web software in the public domain and later CERN made a release available with an open license.

It is currently used to interconnect people world-wide.

She said that in 1989 websites did not exist, but  now they are used by all.

“New ideas are originating from the initial purpose of www that was to allow researchers working with CERN to share and analyze their results for scientific discovery” she said.

In the future, she said, everything will be connected.

Smart cities will rely on being able to share and analyze data as they are being produced.

Every village, she said, every school and every citizen will be connected and internet will be available everywhere.

The vast data produced and new methods to analyse them will lead to new insights and more competitive societies, Alexandrou told CNA.

Asked about CERN (Conseil Européen pour la Recherche Nucléaire), where www was invented, she said that it operates the largest particle physics laboratory in the world.

It was established in 1954 in Geneva on the Franco–Swiss border as a European organization with the primary aim to drive fundamental research in physics and at the time of its creation, it was also seen as a promoter of peace through scientific research among European nations in the aftermath of the second world word.

It currently has 22 member states. Cyprus, Serbia and Slovenia are Associate Member States in the pre-stage to Membership.

In the same year, CERN generated 49 petabytes of data according to its annual report. Beyond basic research in Physics, it has pioneered accelerator technology and computation an example being the WWW discovered at CERN.

She said that CERN has played a central role in the verification of the Standard Model of Physics. In 1983 it discovered the W and Z bosons that are carries of the weak force and in 2012 the Higgs particle completing the Standard model.

For these two discoveries it was granted two Nobel prices in 1984 and 2013for these discoveries. The 1992 Nobel Prize for Physics was awarded to CERN staff researcher G. Charpak  “for his invention and development of particle detectors.”

“The large electron collider (LEP) was constructed while Director of CERN was H. Schopper a founding member of The Cyprus Institute. Prof. Schopper is part of its Scientific advisory council of the institute” she said.

The 27 km LEP tunnel was used to host the Large Hadron Collider (LHC) that is operating today.

“The LHCb (Large Hadron Collider beauty) experiment is one of seven particle physics detector experiments collecting data at LHC to study b-hadrons (heavy particles containing a bottom quark) and designed primarily to measure the parameters of CP violation. Such studies can help to explain the matter-antimatter asymmetry in the Universe, one of the most fundamental puzzles of theoretical physics.  The detector is also able to perform measurements for charm physics” she told CNA.

Asked about her group’s work for CERN, she said that my group studies theoretically the strong interactions.

“We use very large computers to simulate the theory of the strong interactions and calculate quantities that can be measured at CERN. A recent example is the prediction of the mass of doubled charmed baryons. C. Kallidonis, my PhD student at the Cyprus Institute and currently at Stone Brook University in the US, used the biggest computer in Europe to compute the mass of charm baryons.  In 2017 they were discovered by LHCb at the mass that we predicted” she told CNA.