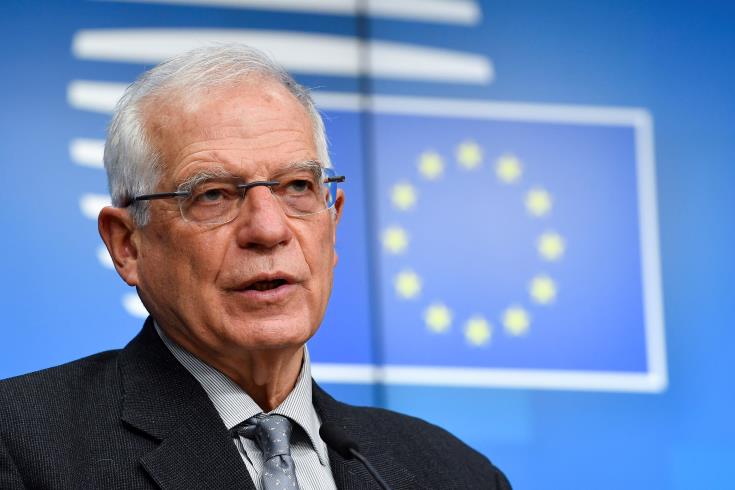 Turkey and the Turkish Cypriot side must stay away from the rhetoric for two states in Cyprus, because such a form of a settlement will never be accepted by the EU, the Union`s High Representative for Foreign Affairs and Security Policy, Josep Borrell, underlined during the meeting he had on Friday morning in Nicosia, with Cyprus President, Nicos Anastasiades, as CNA has learned.

According to the same information, Borrell expressed his full agreement with President Anastasiades` position that the EU must be present at the 5+1 informal meeting on Cyprus, which the UN Secretary-General has convened for next month in Geneva, as well as any other conferences on Cyprus.

Moreover, he assured that the decision of the European Council, that the EU appoints an envoy at the UN to participate in the UNSG`s team of his good offices mission, will be implemented, as Cyprus is an EU member state and the Union has a role and a say in the settlement of the Cyprus problem and the provisions of the solution.

The EU High Representative also informed Nicosia that the European Commission`s report on Turkey`s EU progress will be submitted to the European Council, which will convene on March 25-26, and noted that the EU is concerned over the migration issue and Turkey`s position on that, reiterating that any progress in the EU-Turkey relations, and their deepening, depend on Turkey`s general attitude as regards the European principles and values.

On his part, President Anastasiades noted that Nicosia shares the concerns as regards the migration issue, noting that Cyprus also faces a problem due to the migrants who arrive to the island via Turkey, and that a way must be found to address migration flows.

By gavriella
Previous article
Two students in hospital after beaten up by hooded intruders
Next article
Niki Zarou files lawsuit against Yiolitis, Republic of Cyprus