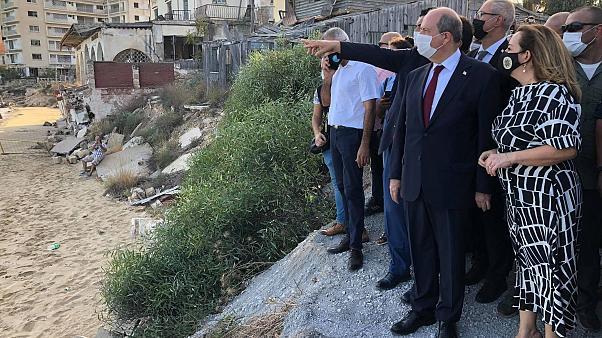 The opening of Varosha will continue until every square meter is open, new Turkish Cypriot leader Ersin Tatar said during an interview with Turkiye newspaper.

He noted that so far Turkish Cypriots have been patient regarding Famagusta but now those who are against their steps must realize that there is nothing left called “their truth.”

He further said that there has been enthusiasm by the G/C side and people living in the G/C administration of South Cyprus, as he said, are appealing to them for their rights, adding that so far 300 Greek Cypriots have submitted applications to the “immobile property Commission.”

Regarding the Eastern Mediterranean, the T/C leader said that Turkey and the Turkish Cypriots have rights in that area noting that no division will take place without the participation of Turkey and of the TRNC.

As far as his meeting with President Anastasiades is concerned, he said it was a social meeting to get to know one another. He noted that meetings will continue but added that “the only reality is that conditions have now changed.”