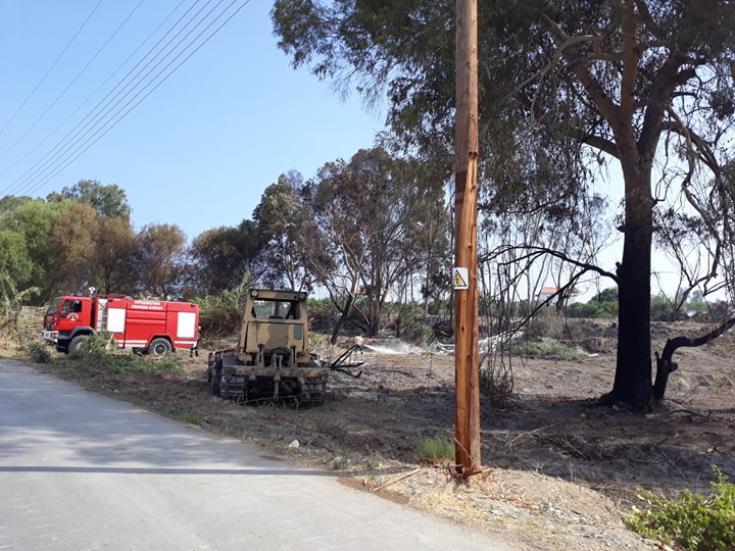 The Cyprus News Agency contacted Christou after a fire broke out a little after midnight on Sunday and was put out by the early hours of Sunday morning in the camping site of Polis Chrysochous in Paphos District.

About 250 people from the camp site and neighbouring houses were evacuated to the beach as a precaution.

The fire started in the river beds with Polis Chrysosochous Mayor Yiotis Papachristofi telling CyBC radio on Monday morning that it was imperative that the reeds in the area are cleared.

He said that by good fortune the worst was avoided because of lack of wind, adding that firefighters had intervened immediately.

But he said that the river bed must be cleaned immediately. “Last year ten fires started in the river bed. We hope this is the last time, ” he said.

Replying to a question as to the steps, taken the Forestry Department’s Christou explained that the Polis Chrysochous camping site is close to a Fire Service station and a Forestry Department station, pointing out that as a result intervention in case of a fire is immediate.

Christou also spoke to CNA about safety steps taken in all camping sites managed by the Forestry Department in Stavros tis Psokas, Platania and Kampi tou Kalogyrou in Troodos mountains.

The department has installed fire hoses and a large water container of a capacity of 100 tonnes so that adequate water will be available if necessary.

Forestry Department officers patrol the area often and visitors to the area are given advice as to how to operate within the sites, he said.