Spehar ready to facilitate contact between Anastasiades and Akinci 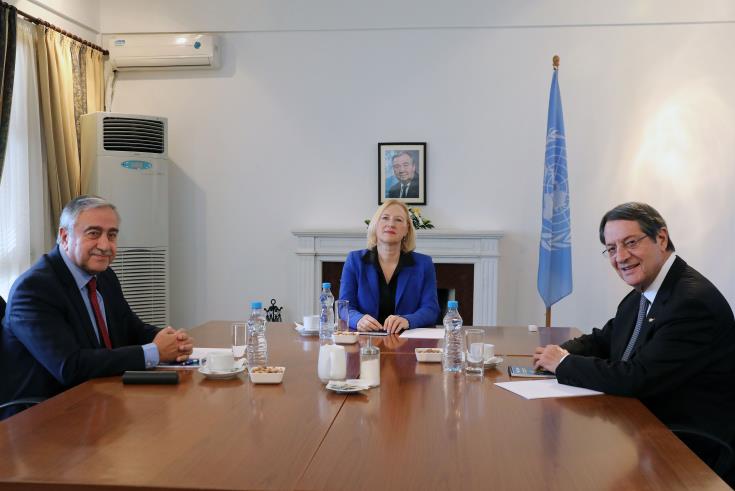 The UN Secretary General’s Special Representative in Cyprus, Elizabeth Spehar, has expressed readiness to facilitate contact between the leaders in Cyprus.

Responding to a question by CNA, after the government spokesman`said President  Nicos Anastasiades will contact Turkish Cypriot leader Mustafa Akinci within the next few days to arrange a meeting, the Office of the UN Spokesperson in Cyprus said that “as part of the UN’s efforts to promote reconciliation and dialogue towards resolving the longstanding Cyprus issue, SRSG/DSASG Spehar stands ready to facilitate contact between the Greek Cypriot and Turkish Cypriot leaders.”

Government Spokesman Prodromos Prodomou said on Monday after a meeting between Anastasiades and the UNSG’s Special Envoy, Jane Holl Lute, that “the President of the Republic reaffirmed with Lute – as he did with Spehar before – that he is willing to have a meeting with the Turkish Cypriot leader Mustafa Akinci.”

Lute is currently engaged in an effort, with a view to formulate terms of reference, a development that will pave the way for the resumption of the Cyprus talks.