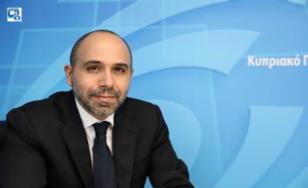 Can research and innovation provide solutions to better serve the citizen and reduce pollution in cities? The answer is that in practice this does not seem to be too far away, as this goal seems to have been well on the agenda of European countries and Cyprus in particular. Developments are imminent, Chief Scientist for Research & Innovation Nikolas Mastroyiannopoulos has said in an interview with the Cyprus News Agency (CNA).

“Smart and Green Cities” is the main theme of this year`s European Researcher`s Night, an event organised for the 14th year in Cyprus. However due to the pandemic the event will be exclusively online this year. The event takes place simultaneously in 350 cities in Europe.

As Mastroyiannopoulos told CNA, “Smart and Green Cities” was an important European initiative. The Cabinet in Cyprus has recently approved the relevant National Framework, a development which, as he pointed out, means that the Ministry of Research, Innovation and Digital Policy will prepare a plan to coordinate efforts, in order to create a single platform that serves the citizen through various technologies. These technologies, he added, will help the citizen move more easily in the city, will help reduce pollution, will create “smart parking lots” etc. The Chief Scientist said that he hopes that soon all this will be implemented throughout Cyprus and that the local authorities will be eager to take initiatives to that end.

He added that several municipalities have already adopted some technologies but now the implementation of all the innovation should be done in a coordinated manner throughout Cyprus.

Mastroyiannopoulos said that the European Researcher’s Night, as well as other events in Cyprus such as competitions and awards, have contributed significantly in recent years to the development of a research and innovation culture in Cyprus.

At the same time, he stressed the contribution of national funding programmes mainly through the Research and Innovation Foundation (RIF), for the development of new technologies and innovative solutions that will support the economy and society. As he said, the RIF has within the framework of the RESTART program financed research projects of more than 130 million euros in total in various fields such as technology, medicine, environment. He added that through the European funding framework Horizon Europe, the excellent Cypriot researchers, scientists and innovative companies have raised more than 260 million euros.

“This involves the creation of more than 500 new jobs mainly for young scientists, young researchers, innovative entrepreneurs, from national programmes and many more from European programmes”, he said.

He also noted that funds have been raised for the establishment of six Centres of Excellence, which employ many young scientists.

“In this way we keep our scientists in our country, which is a national investment”, he added, pointing out that by staying in Cyprus “they will develop scientific knowledge, technology and innovation, which are very important today especially with the challenges we have to face”.

At the same time, he stressed that the ultimate goal was this knowledge to have a real impact on society and the economy.

To that end, as he mentioned, the connection of research with businesses is also important in order to create innovative products.

He pointed out that there have been many examples during the pandemic of technologies created either in cooperation with the industry or through research, such as the “Tracker”, a program used by the Government to monitor covid-19 cases.

The Chief Scientist also said that in the midst of a pandemic, RIF announced the programmes “PRE-SEED”, “SEED” and “INNOVATE”, which aim to support start-ups and innovative companies.

He noted that at the end of the second circle of this competitive process, 84 existing companies and 41 new ones were financed with an amount of 22.4 million euros.

“New jobs have been created, while amid a pandemic usually the opposite is the case with businesses struggling and closing”, he pointed out. “Through this effort new jobs and companies are being created, which we hope will create a lot in the future through their efforts and their scientific excellence,” he added.

Mastroyiannopoulos also noted that a budget of 1 million euros had been transferred from National Funds to promote efforts to find immediate solutions to the pandemic. Some of these efforts have already progressed, as he said, while other are in the works.

Referring to the European Researcher’s Night he said that it was a celebration of research and innovation.

“Every year in our country the research programmes and achievements grow and it is very important to communicate them properly,” he said.

The event is organised for the 14th consecutive time in Cyprus, and this year it will take place exclusively online.

He added that this year there will be a digital exhibition space with more than 70 booths, which participants can visit from morning until midnight and learn more about research in Cyprus. Dozens of researchers from academic institutions, research centres and centres of excellence, innovative companies, the Ministry of Defence and non-governmental organisations, will be actively present and will present their actions and achievements.

The public can register at www.research.org.cy