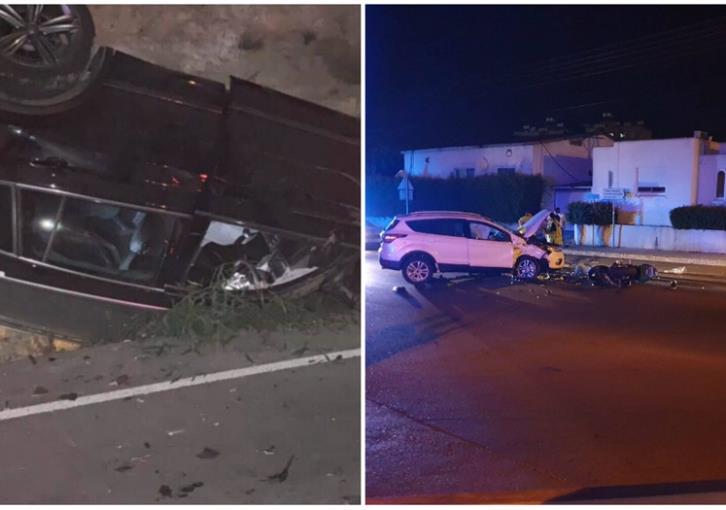 Two people aged 75 and 24 have lost their lives after traffic collisions on Saturday night — one in the Limassl district and one in Nicosia.

The first road fatality occurred after a horrific crash on the Kantou-Souni road at around 8.45 pm. Police named the victim as Savvas Charalambous, 75, from Arsos. Another five people were injured in the multiple-vehicle crash, two of them seriously.

Police said that the first car was involved in a head on collision with another car and both cars then collided with three other cars.

The first came to a stop, the second  overturned and fell into a ditch and the third and fourth came to a stop on the side of the road. A fifth car then hit one of the four and was also immobilised on the road.

As a result of the violent collision, the 75 year old driver sustained fatal injuries and was taken to Limassol Hospital where doctors pronounced him dead.

Two other drivers aged 49 and 43 were seriously injured and have undergone surgery while three other individuals were slightly injured.

The 75 year old and the two seriously injured drivers were trapped in their cars and had to cut loose by the fire service.

The four cars were completely destroyed while the fifth sustained minor damage.

The Kantou-Souni road remains closed because of the accident.

The second road fatality occurred in Nicosia at around 11.30 pm on Saturday night.

Police named the victim as Brook Mark Christodoulou, 24, from Nicosia.

They said that the motorbike he was riding was involved in a collision with a car driven by a 30 year old woman on Petros Eliades street in Nicosia.

The young man was critically injured. He was taken to Nicosia Hospital but succumbed to his injuries at around 2.50 am on Sunday.