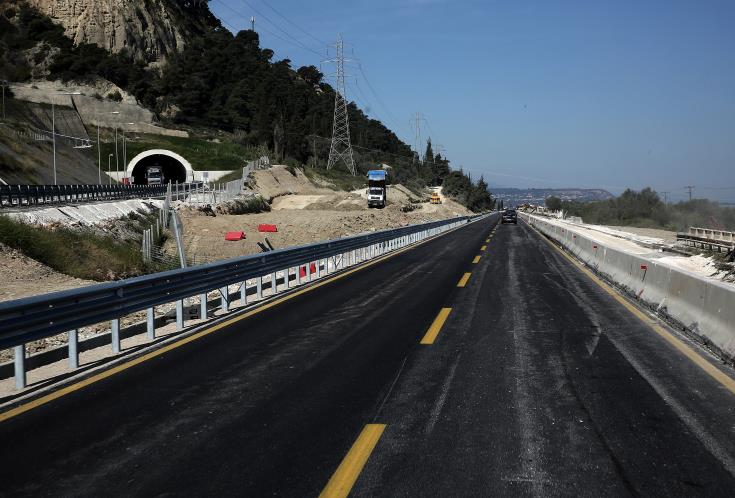 The Forum was held on Monday and Tuesday under the auspices of the High Commission of Australia in Cyprus and brought together experts in the field from Australia’s Monash University Accident Research Centre (MUARC), CERIDES Centre of the European University in Cyprus, the World Health Organisation, Ministry of Transport, Ministry of Justice, Ministry of Education and the Cyprus Police.

The Cyprus News Agency had the chance to talk to experts from MUARC and WHO who outlined what makes a road strategy successful and how Cyprus could be benefit from best practice in Australia and the guidelines by WHO.

Jurisdictions achieving best outcomes in road safety tend to be those where a single agency takes the lead
MUARC Director, Professor Jude Charlton told CNA that the Forum was an opportunity to further strengthen the partnership between the Centre, CERIDES and the key Cyprus road safety agencies. She pointed out that all participants were fortunate to draw on the support of the World Health Organisation for the workshop event, adding that together, we are part of the global effort that is striving for zero death and serious injury.

“The objective is to consider the road safety challenges that face Cyprus and to identify some tangible, achievable actions that are relevant for Cyprus and which will have an observable impact on the safety of all on Cyprus roads,” she said.

Dr Charlton said that the workshop was as much about the process, building a partnership for a Safe System, and a commitment to change, as it was about achieving outcomes.

“Our plan was to facilitate open discussion amongst the agencies and the research team, to better understand what the main road safety issues are, and what evidence-based good practices we can harness to make a change,” she said , expressing her optimism tangible outcomes will be achieved in the form of setting some agreed priority actions and targets that are achievable in the short term and can bring ‘quick wins’.

Dr Charlton underlined that Road Safety is a public health issue and needs a systems approach for solutions. On the one hand, she said, road safety is everyone’s responsibility; it requires commitment and action from multiple players.

“Cyprus is not alone in its multi-agency approach. This is a good thing. Each agency will of course, set their own actions and targets and monitor successes, according to their particular brief, whether that be setting safety standards, law enforcement, education, managing the crash and injury data, or designing safe roads. But at the same time, the problem demands a coordinated approach – with an shared vision and an agreed strategy. Agencies need to talk to each other, and often. Those jurisdictions who’ve achieved the best outcomes in road safety tend to be those where a single agency takes the lead,”, she pointed out.

WHO: Implementing a safe system is just as much about political will as it is about the science behind the interventions.

Representative of World Health Organisation (WHO), Jonathan Passmore said that Cyprus is not alone in the reality of fatal accidents and injuries, pointing out that road traffic fatalities and injuries are a tragic outcome all over the world as  1.35 million people are killed each year on the worlds roads and tens of millions more non- fatally injured.

He was invited to comment on the debate that all it takes is to increase the penalties and have a law enforcement policy that actually works and whether road conditions must also be improved and people need to be properly educated.

“I do think that part of the reason why the pace of road safety progress globally is as slow as it is, is that -and that belief is widely, is held by decision makers.  Its not that the components you are referring to are incorrect, it’s that the thinking that you describe above does not look at road safety from the perspective of a system.   Further, road traffic injuries and deaths are not something that can be prevented through education, as if not knowing something caused the trauma,” he said.

Passmore told CNA that WHO’s recommendations and technical guidance for road safety are based on the safe systems approach, explaining that this way of thinking about road safety recognizes that humans are fallible, we make mistakes and it is those mistakes that can result in a crash.

“Under a safe system our objective is not to prevent crashes, but to prevent deaths and injuries from occurring in the event of a crash. Safe Systems also recognize that the human body is fragile and vulnerable to trauma when energy from a crash exceeds a certain threshold.  Therefore, under a safe system, crash forces must be kept below this maximum threshold.  Accommodating human error and minimizing exposure to trauma inducing energy is achieved through simultaneous implementation of a set of complementary interventions, to create safer roads, safer vehicles, safer speeds, and safer behavior by road users. Implementing a safe system is just as much about political will as it is about the science behind the interventions,”, he pointed out.

WHO Representative said that Cyprus could certainly take note of certain road safety practices in some European countries and consider how these might apply for the local road safety situation. He added that local authorities should apply a safe systems lens to each individual injury and death and apply the question “how could this outcome have been prevented”.

“The more information on the contribution of speed, the road environment, the vehicles involved, the actions of the road users (such as driving under the influence of alcohol, or not wearing a seatbelt) themselves and the timely application of post-crash care, the more data is available to inform why a crash resulted in a death or injury and what actions would prevent such occurrences happening in the future,” he said.

Eric Howard, Global Road Safety Advisor at MUARC presented the Vision Zero strategy, an aspiration that drives reflection and action in road safety for communities and their elected representatives.

“It is about recognizing that no loss of life or serious injury on the road network is acceptable”, he said.  According to Howard, many tradeoffs are made today to accept some loss of life on the roads. As our management and knowledge of safer infrastructure, safer speeds, improved enforcement to achieve user compliance, the continued arrival of safer vehicles and technology and improved trauma management are strengthened, he said, improvement will continue to occur.

“There is increased awareness and international support for action now and over the next 30 years to achieve a target of zero fatalities by that time in the EU and elsewhere,” he told CNA.

Replying to a question about why it is so hard to persuade people that their lives and the lives of others matter, he said that people live their lives with an optimism bias.

“It may happen to others but not to me. I am a clever driver, I can take risks and drive above the speed limit and it will not affect me. While this is true for much of the time we know that every week lives are lost and people are seriously injured.  Respect for the rule of law is often a cultural issue but it depends on strong deterrence being in place – which is effective laws, backed by strong enforcement, by publicity,  by a justice system which ensures those who do not respect the law receive a lesson and by political, church and community leaders and the mainstream  media who need to insist on that respect for the law that protects us all,” he pointed out.

Howard also said that certainty of detection, rapid advice of the offence (eg an enforcement notice in the mail) and a penalty level that stings offenders and deters further unsafe behaviours – are critical issues.

“A demerit point system is also necessary to ensure that wealthy rule breakers cannot just pay fines and continue their unsafe behavior. Strong enforcement as in Australia, for speed compliance and to counter drink and drug driving driving, and to ensure child restraints are used and properly fitted, could  achieve substantial reductions in fatalities in any country and ensure more loved ones are present around the Christmas table at the end of each year,” he said.

Howard said moreover that random breath and saliva testing by police and widespread use of mobile covert speed cameras across the network have been shown to make remarkable and rapid  savings in lives and serious injuries. “They change behaviours which can be painful for some, but beneficial for all,” he told CNA.