Remains of Greek Lieutenant General returned to his family 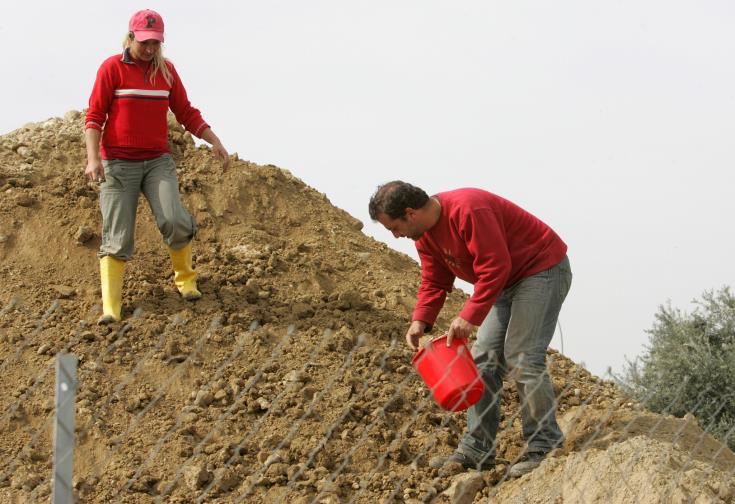 The remains of Lieutenant General Stylianos Kalpourtzis were delivered to his family during a church service in Nicosia.

Kalpourtzis was missing since the Turkish invasion of 1974 and his remains were located and identified through the Committee on Missing Persons programme.

The ceremony was attended by Defence Minister Charalambos Petrides, Speaker Annita Demetriou and Presidential Commissioner, Photis Photiou. The latter will also attend a ceremony at the old Larnaca International Airport building where the remains will be flown to Greece.

In a speech at the ceremony in Nicosia, Photiou said Kalpourtzis fell defending Cyprus against the advancing Turkish troops. With self-denial and ethos, he showed everyone that the price of freedom is very high.

He said Turkey continues its unacceptable stance towards the missing persons, which is a provocation towards civilised humanity.

Noting the missing persons’ issue is the most tragic aspect of the Cyprus problem, Photiou pledged the government’s determination to continue efforts to ascertain the fate of all missing persons.

Fourty-seven years later, 800 of our compatriots are still missing, including 47 Greeks, he added. Thirty-six have been identified through the DNA process.

The President of the Republic and all of us, are making all efforts to locate the missing. Our fight is hard and persistent due to the Turkish intransigence. We will not however stop fighting to get the answers the relatives are demanding and have the right to know, he added.

Cyprus and Greece, he added, reject the Turkish threats and unacceptable positions for recognition of the so-called equality of the illegal regime and remain firm in their positions.