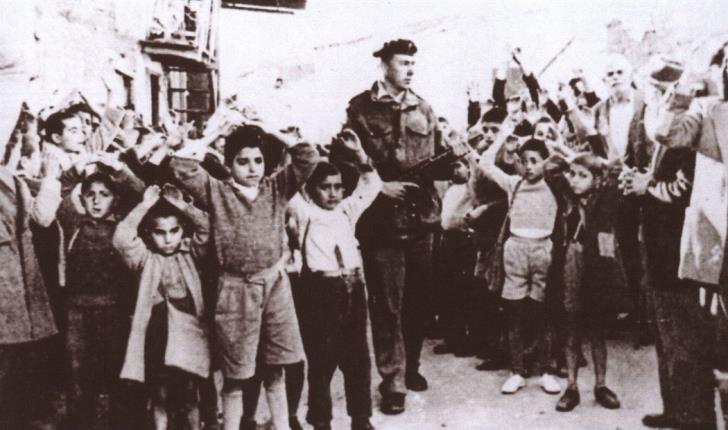 The remains of seven year old Dimitrakis Dimitriou, the youngest EOKA hero, killed by the British in 1956, have been found in a mass grave at the Ayios Yeorgios Kontos Larnaca cemetery, in the touching conclusion of a story disclosed by Phileleftheros journalist Pambos Vasilas.

The remains of eight other people were also found in the same grave, yet to be identified.

In remarks on site, Commissioner for Humanitarian Affairs Photis Photiou said ‘one feels very emotional being here, as the whole effort and initiative to exhume the remains of little Dimitrakis, the youngest EOKA struggle hero, was a family request, so the boy could be buried in a different place, with a monument in his memory, so he can receive the state honour he deserves’.

Photiou said that his Office had been investigating, but they were delayed by the relevant Court order, before proceeding with the excavation. DNA testing was set to begin immediately, with official results expected to confirm the boy’s identity in two to three weeks time.

The Commissioner for Humanitarian Affairs paid particular tribute to Phileleftheros journalist Pambos Vasilas, as this whole process begun from his own personal initiative, as well as the head of the excavation operation Xenophon Kallis and President of the Committee of the Relatives of Missing Persons Nikos Sergides.

The excavation was conducted by Cypriot volunteer archaeologists.

The Phileleftheros journalist said he felt duty bound to evaluate the information that had come to his attention and inform the relevant services.

Dimitrakis Dimitriou was in the 2nd grade of primary school when during a protest of pupils near the Saint Lazarus church in Larnaca on March 14, 1956, he was shot and killed by a British soldier.

By Constantinos Tsintas
Previous article
Where to get a free rapid test on Sunday October 31st
Next article
One killed, one critical in Nicosia-Limassol highway head-on collision