Pyramid schemes in the spotlight 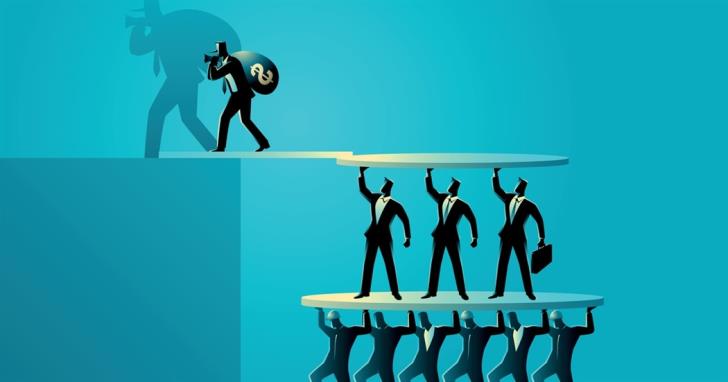 The Economic Crime Investigation Office of the Cyprus Police is investigating some ten cases of pyramid schemes, which became illegal in Cyprus in 2015 under certain conditions.

The Cypriot law defines a pyramid scheme as “a scheme that requires an individual to pay money in exchange for rewards that mainly come from recruiting new individuals to the scheme rather than from the provision or consumption of a product.”

Pyramid schemes focus on recruiting members by offering services or products in exchange for money – small amounts initially but the requested sum gradually increases to meet the promised “privileges”.

“Managers” in such schemes often use psychological manipulation and personal relationships in order to engage and ultimately recruit candidates.

The prime incentive they offer is usually the opportunity to earn an additional income, which many would find appealing especially in times of financial hardship.

Where do pyramid schemes come from?

This type of business model has been around since at least 1919. The term “ponzi scheme” used in the English speaking world to refer to such fraudulent practices was coined after Carlo (Charles) Ponzi, an Italian immigrant to the United States.

Ponzi urged his prospects to invest in his company, The Security Exchange Company, promising a 50% profit on the money invested every 45 days or 100% profit in 90 days.

Many went for the offer but were not aware where the money was coming from; Ponzi was in fact using the money entrusted to him by new investors to pay earlier ones and so on, thereby keeping the money flowing and maintaining the image of a healthy business.

The fraud lasted about a year until a local newspaper brought to light how the business was operating, prompting thousands of investors to ask for their money back. Ponzi had to pay two million dollars in three days and the scheme collapsed.

Many have since copied the pyramid model earning significant sums in the process.

The Consumer Protection Service had once warned the public to be skeptical about and avoid joining pyramid sales schemes. The Service had proceeded to investigate schemes for the sale of coffee, juice, water as well as holidays.

The Economic Crime Investigation Office of the Cyprus Police is now investigating some ten such businesses across Cyprus, most in the areas of commerce and investments.

The Cyprus Securities and Exchange Commission said earlier this month that pyramid schemes suspected of breaking the relevant legislation are presented before the Attorney General for further investigation.

Pyramid schemes became illegal in Cyprus in 2015 and the law stipulates that anyone organising, managing, operating or promoting such schemes, if convicted, is subject to a prison sentence of maximum five years, a fine of €200,000 or both sentences together.

By Josephine Koumettou
Previous article
UK’s Sunak: no return to austerity in new spending plan
Next article
Erdogan says Turkey sees itself a part of Europe