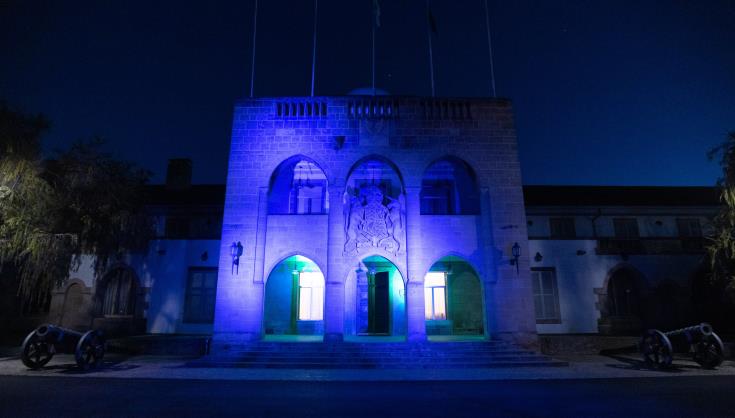 Cyprus President Nicos Anastasiades underlined the need for more collective action to address the challenges the planet is facing, in view of the pandemic and acute environmental problems

In a televised message, on the occasion of this year’s Earth Hour, President Anastasiades said that a National Plan for Sustainability and Recovery has been drafted, which includes Green Development projects, worth more than 400 million euros.

He expressed, moreover, willingness to continue working tirelessly on a national and international level, in order to attain the goals, set by the Republic of Cyprus, for environmental protection and sustainable development.

In his message, the President pointed to an initiative undertaken by Cyprus, to tackle climate change in the broader Eastern Mediterranean and Middle East region, which, he said, is in full swing.

He also referred to Cyprus’ initiative for the Mediterranean Strategy on Education for Sustainable Development, adopted in Cyprus in 2016 by all Mediterranean countries, which he said is being “successfully implemented by the Presidency of the Republic of Cyprus.”

“This year we unite our voice together with millions of people around the world” for Earth Hour said the President of Cyprus, adding that our participation sends a message of our determined stance for the protecting the planet and for raising environmental awareness.

Cyprus marks this year’s Earth Hour with various events throughout the island. The Presidential Palace was illuminated blue and green, the colors of Earth Hour and candles formed the words “60 minutes.” Several organisations and municipalities announced that they would take part in the campaign and called on citizens to participate by switching off their lights for 60 minutes.

In a message, published earlier on Saturday, Minister for Agriculture, Rural Development and the Environment, Costas Kadis said that by switching off the lights symbolically for an hour we join our voice with millions of people round the world conveying the global message that we want to protect our planet.

Even today in this unpleasant and worrying situation created by the Covid-19 pandemic there is a change for green recovery, Kadis underlined.

“We humans need to rectify the damage we have done to the planet, because our future as human beings is not very bright if we continue at the same pace” Environment Commissioner Klelia Vasiliou said in her message about Earth Hour, issued separately on Saturday.

Already one year since the pandemic broke out, we all realize the urgent need to create defense mechanisms, both for the planet and for ourselves, she noted, adding that natural protection mechanisms seem powerless to protect us.
(CNA)