President of the Republic received by Queen Elizabeth 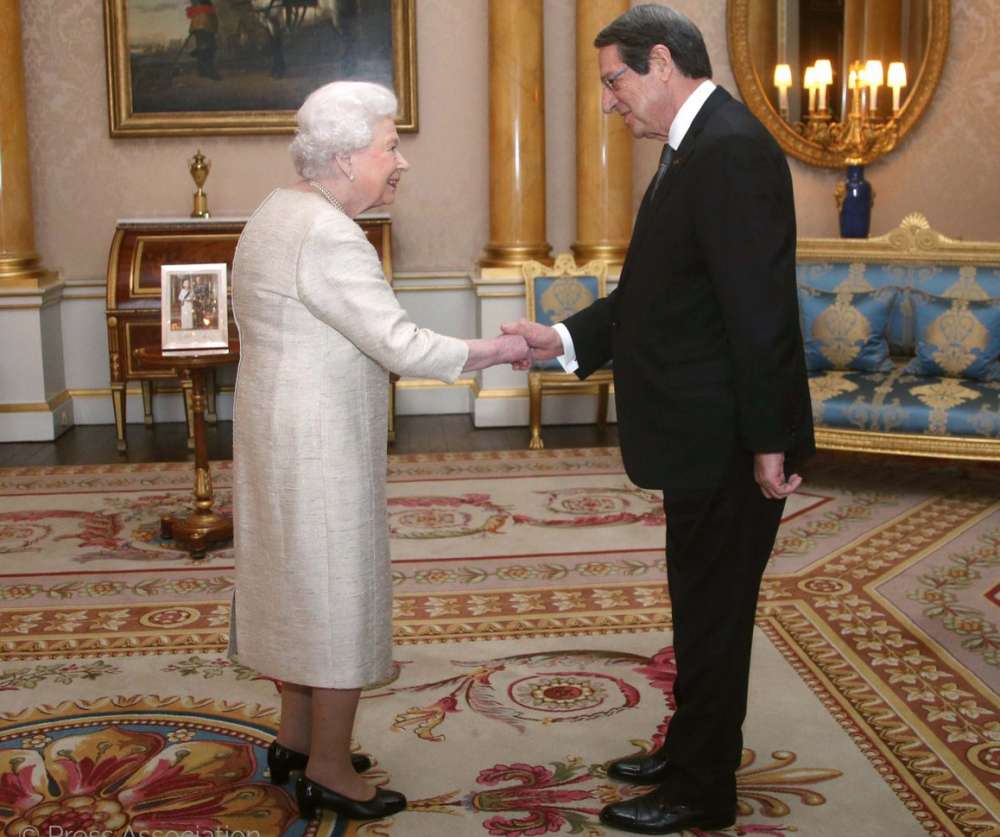 He was accompanied by his wife, Andri Anastasiades.

The Presidents expressed his thanks to the Queen for the reception that was held on Monday evening at the Palace to celebrate the Cypriot diaspora in the UK, and his pride over the valuable contribution of the Cypriot community to the UK’s public life.

He noted that this contribution by many prominent members of the UK Cypriot community has been recognised by the Queen with honours awarded to them.

Queen Elizabeth also referred to the important presence of the Cypriot diaspora in the UK and the difference its members have made to the British society.

The Queen also welcomed the President of the Republic of Cyprus.

Audiences allow The Queen to give time and focus to key individuals, particularly those representing their country in the UK. pic.twitter.com/bObjXztJ5O

By In Cyprus
Previous articlePoisoned dogs found in Kornos and Lefkara
Next articleAirlines can handle Brexit but frustrated by the politics, chiefs say