President Anastasiades to meet Prince Charles in Nicosia on March 19 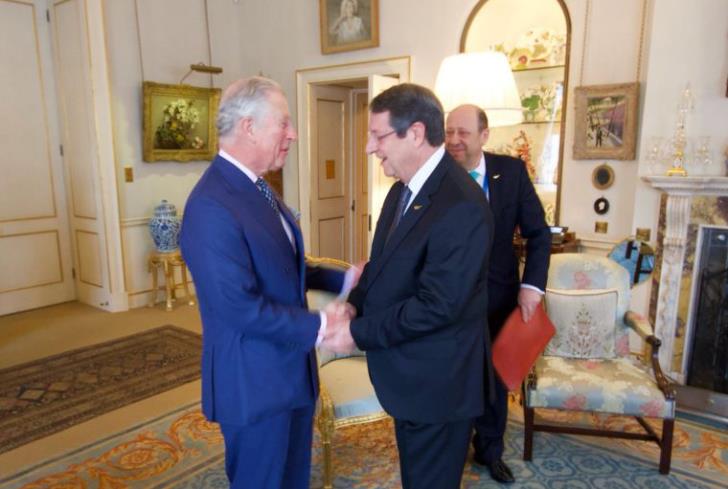 President Nicos Anastasiades will meet Prince Charles on March 19 at the Presidential Palace in Nicosia, it was officially announced on Monday.

The Prince of Wales and and the Duchess of Cornwall will pay an official visit to the Republic of Cyprus from Wednesday, March 18 to Saturday March 21.

The president will officially welcome Prince Charles at the Presidential Palace after which the two will hold a meeting.

During his stay in Cyprus, Prince Charles will hold meetings with senior state and church officials, visit the UN buffer zone and UNFICYP and also tour areas in Cyprus. He will be accompanied by his wife, the Duchess of Cornwall, the announcement concluded.

Announcing the royal visit last month, the British High Commission had said that the programme will celebrate the historic ties between the UK and Cyprus and their peoples, shared membership of the Commonwealth, and the forward-looking modern relationship between the countries in areas such as education and science.

It will also recognise the UK’s role as the largest troop contributor to UNFICYP.