President Anastasiades in Glasgow for COP26 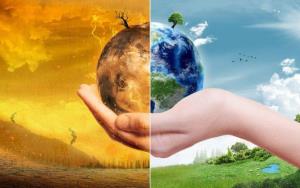 President Anastasiades arrived in Glasgow this afternoon for the COP26 Climate Change Leaders Meeting, where he will be delivering his own speech, a take on collective action against the global environmental crisis, focusing on the Mediterranean, one of the areas that is being hardest hit by weather phenomena.

A presidency statement says the President will set out the country’s positions on climate change and analyse his initiative on dealing with the climate change repercussions in the Eastern Mediterranean and Middle East regions.

On the sidelines of the Summit, the Agriculture Ministry will be hosting a Mediterranean Day Event on November 2nd, in cooperation with the EU Directorate on the Mediterranean, the Mediterranean experts network on climate and environmental change and Clima-Med Project.

Delegates from 15 Mediterranean and Middle East countries will be taking part.