Police: Scouts’ rescue one of most difficult operations 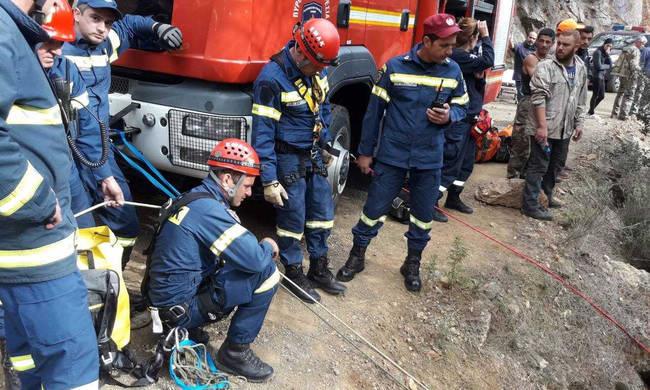 Police on Sunday described the rescue of 21 scouts who had gone missing in Troodos as one of the most difficult operations they had dealt with, while fire service chief Markos Trangolas has suggested that there should be legislation governing expeditions such as that undertaken by the scouts.

In a written statement, police said that the operation had been carried out in difficult terrain, with great difficulties because of the weather conditions, the snow and the dark.

“The children and those accompanying them were exposed to serious danger and it was deemed necessary to bring in police helicopters so as to help them and the people participating in the rescue operation,” it said.

“Under these adverse conditions, it is clear that the operation, even with the use of helicopters made the rescue effort very difficult. Many were exposed to danger and this is demonstrated by the fact that two of the rescuers, a police officer and a volunteer were injured,” it said.

In statements to the press earlier on Sunday police spokesman Andreas Angelides said police and other rescue services had been mobilised after they were informed that the 17 scouts and the four scout leaders had lost their orientation while hiking from Troodos to Kakopetria.

And Health Minister Constantinos Ioannou thanked first responders for their work. He said that four ambulances with eight crews and two doctors had been sent to assist the operation.

All the scouts were taken to the closest hospitals for precautionary reasons and then discharged. A police officer was slightly injured while a 45 year old volunteer broke both his legs during a fall and is in Nicosia Hospital.

The operation lasted until 8 am and involved police, the fire service’s disaster response unit EMAK, volunteers and others.

Police used GPS to find the 21 scouts, and there was constant contact with them but difficult terrain made it difficult for the rescue teams to reach them, Angelides said.

Rescuers had used vehicles up to a certain point but had to cover the rest of the way on foot. Police helicopters took the rescued scouts and all those who had gone to help back to safety.

Angelides said that all risk factors needed to be taken into consideration  — including the time required, the weather, the difficulty of the terrain and familiarity with the area — when organising such expeditions, particularly when children were involved.

“What is important is because lives are put at risk is that we must be particularly careful to avoid any unpleasant developments,” he said.

The risks were also highlighted by fire chief Marcos Trangalos who in a Facebook post said that this was not the first time that hikers have lost their orientation in nature trails in Troodos particularly in the winter and with the participation of children.

And this is not the first time that a rescue operation has had to be carried out.

“The question is with what knowledge of the route and terrain, the physical condition, training and survival skills of the participants are such activities undertaken?” he queried.

And he said there should be legislation on such activities with the input of the moutaineering and climbers association that should take the initiative.

“Otherwise, the day will come when we have unpleasant developments,” he said.

By In Cyprus
Previous articleTwo youths arrested for drug possession, trafficking
Next articleMay will seek “pragmatic” solution to Brexit deal in Brussels