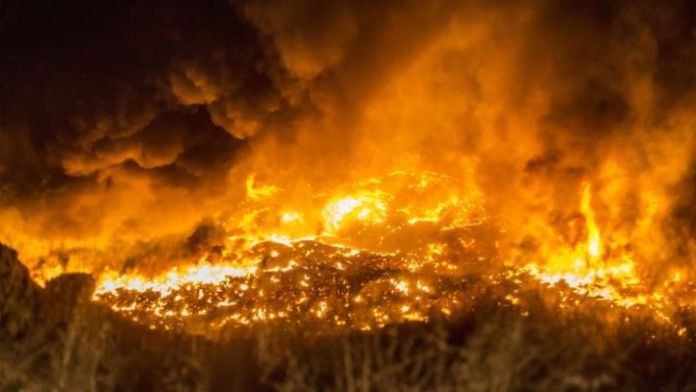 “Reaction Cyprus” reported earlier on Sunday that it had received many complaints that calls to the emergency number 112 had gone unanswered after a fire broke out close to Polis Chrysochous’ campsite.

Regarding publications and complaints about unanswered calls from citizens to the emergency number (112) when a fire at Polis campsite broke out, the Police would like to clarify the following:

From the first moment we were informed of the incident the Police, the Fire Service as well as other services responded immediately by land and sea.

Immediate mobilization played a catalytic role in evacuating the campsite on time before lives were put in harm’s way and in dealing with the fire itself.

During the incident and while the Police and the Fire Service were in full mobilization, there may have been some call to the emergency number 112 that went unanswered due to the fact that there were multiple calls at the same time therefore the call centre could not respond to all calls.

This must in no way be interpreted as non-response. The mobilization of the public for such serious incidents is always welcome.

In any case, the Police wish to stress that this incident, as well as other serious incidents, are being evaluated in order to improve the emergency call service.

By In Cyprus
Previous articleUpdate: At least 32 killed by 7.0 quake in Indonesia
Next articleLimassol: A firecracker explodes in car injuring the driver