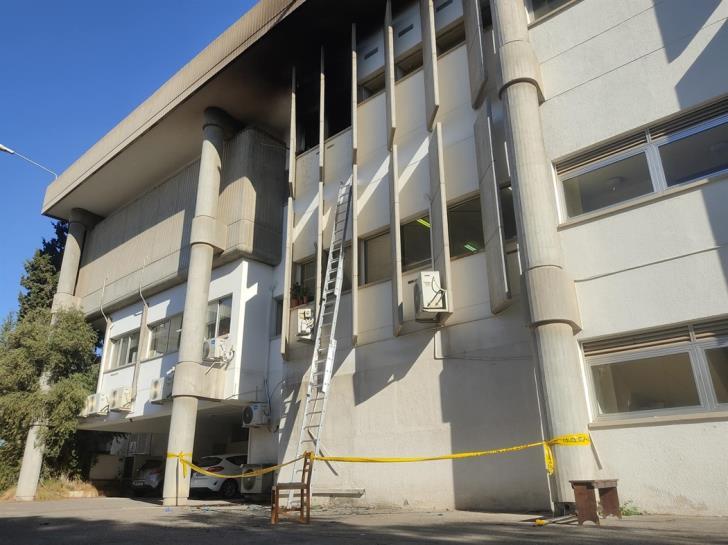 Police are looking for the mastermind behind the recent arsonist attack against the old Limassol District Court where documents and evidence of serious criminal cases have been destroyed.

In the meantime, police are looking for a 37-year-old Palestinian man who appears to be the one to have started the fire, according to evidence presented.

He is known to authorities from previous theft cases but police want to also arrest the mastermind behind the attack.

Scientific test results from the scene are being expected, as well as an update about what the storage contained and what exact evidence has been destroyed.

Certain items stored included a barbeque which was part of the confiscated 645 kilos of MDMA case in Sydney, as well as weapons which were stored as evidence of a methamphetamine lab ring case.

The evidence storage was located in the building’s basement.