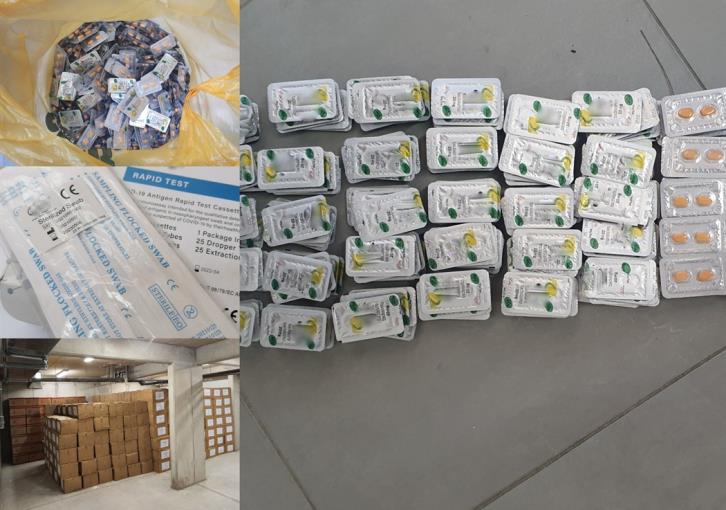 The Cyprus Police this year participated in the operation PANGEA which took place between 18 and 25 May aiming to find and confiscate counterfeit and illicit medicines and medical products circulating online. The operation takes place simultaneously all over the world, while in Cyprus hundreds of pills, controlled medicines and unauthorized rapid tests were found.

The operation coordinated by INTERPOL involved police, customs and health regulatory authorities from 92 countries. It resulted in 113,020 web links including websites and online marketplaces being closed down or removed, the highest number since the first Operation Pangea in 2008. Fake and unauthorized COVID-19 testing kits accounted for more than half of all medical devices seized during the week of action (18 – 25 May) which resulted in 277 arrests worldwide and the seizure of potentially dangerous pharmaceuticals worth more than US$23 million. In Cyprus the operations led to the confiscation of 95 pharmaceuticals, 1,719 unapproved pills and 3,813 pharmaceutical products (laughing gas) which fall under the category of controlled substances.