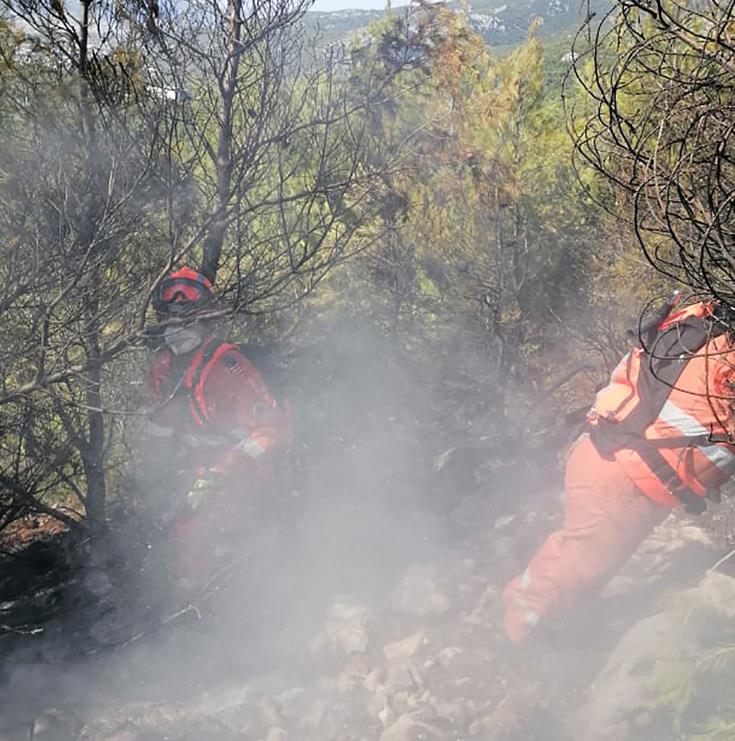 The Cyprus firefighters and rescue teams who are in Greece for almost a week battling the catastrophic fires, will focus their efforts on Sunday at the Flambouri refuge, in Parnitha area, Athens.

Fire Department Spokesman Andreas Kettis posted on his Twitter account that the Cyprus teams will be assisting the Greek Fire Services equipped with vehicles.

The operations focus in areas were fire flare-ups are quite often and so far the Cyprus teams came to the rescue of various houses and assisted in the injury of a volunteer.

A very dangerous flare-up took place on Saturday evening and according to Kettis the teams cooperated excellently to avoid an unexpected outcome.

A press release by the Fire Department says that since August 4th, the Cyprus firefighters are working under very dangerous conditions in various areas along with their Greek colleagues.

They provide their assistance in extinguishing fires, delimitating areas and battling the resurgence of blazes.

By gavriella
Previous articleTurkish Cypriots in Kokkina for Tylliria celebrations
Next articleCyprus President devastated over catastrophic fires in Greece, has offered any assistance necessary