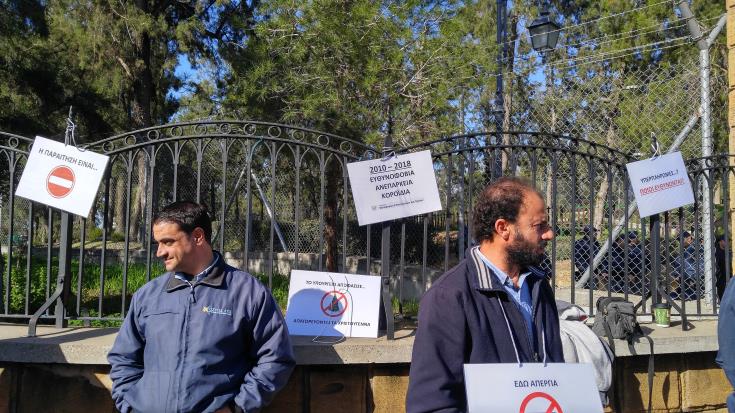 Paphos bus drivers voted by majority to suspend their strike action and return to work on Wednesday morning to give the company and the Transport Ministry time to resolve their dispute by December 23.

The decision came after bus drivers traveled to Nicosia where they protested outside the Presidential Palace, the House of Representatives and the Transport Ministry.

Bus drivers’ representative Christos Evangelou said that employees will be paid for November and will wait until December 23 to receive assurances regarding their December and 13th salaries.

In the meantime, the Paphos bus company should submit all the necessary documentation requested by the Transport Ministry.

The company and the ministry are deadlocked over state payments, with the ministry saying an audit has shown over-payments which must be reimbursed and the company disputing the findings.