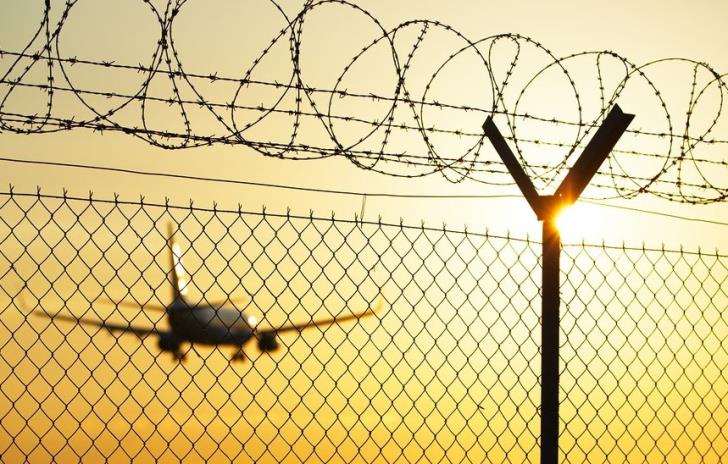 A Ukrainian who on Wednesday jumped over the fence at Paphos airport in an attempted dash to catch his flight , was on Thursday fined €500 for breaking security regulations and bound over for €2000 for two years.

He was then released and was expected to catch the next flight to Krakow to join his family, who had already boarded on time, and travelled to their destination.

The incident occurred early on Wednesday when the 46 year old, having dropped his family off at departures, headed off to park his car and join them. But the process took him longer than expected, and by the time he had parked the car and made his way to the airport, the gate had closed.

With the airplane still on the tarmac, and with his boarding pass in hand, the Ukrainian jumped over the fence on the perimeter of the runway, only to be immediately nabbed by security and taken to Paphos police station. There he reportedly argued in his defence that since he had a ticket and a boarding pass, he assumed there would be no problem if he just made his own way to the airplane on foot.

By In Cyprus
Previous article
House plenary moved to Sunday; guarantees and NPLs on agenda
Next article
“Odd One Out’ by Paul Lambis launched